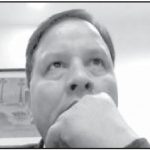 All sessions of Parliament are historic but the just concluded Monsoon Session was novel being part virtual, part physical and also remembered for violent visuals leading to suspension of some members and premature adjournment. As a corona-combat parliament following the norms of social distancing, the Lok Sabha and Rajya Sabha chambers and their galleries became one and members were seated in both the chambers and their galleries. Instead of the usual parallel sittings, the day was divided into two time zones – 9 a.m. to 1 p.m. and 3 p.m. to 7 p.m. and both the Houses met one after the other during the allocated 4 hours, barring a few exceptions. Entries to the Parliament complex were greatly restricted and reduced. Antigen tests were repeated after every 72 hours for entry into the complex.

However, the gruesome lengthening shadow of Covid-19, coupled with cases of infection and deaths of three MPs, forced premature adjournment sine die on 23 September, instead of the scheduled 1 October, 2020, that is, eight sittings ahead. The Houses functioned on Saturdays and Sundays without any holiday in between. It was essentially a session for transaction of important legislative business. As many as 25 Bills, including the two controversial agricultural Bills, were passed without much discussion, some in din and in lightning hurry. Question Hour and the Private Members’ Business were done away with, though the questions for written answers were tabled and replies given. The first Supplementary Demand for Grants for the year 2020-21 and the Excess Demand for Grants for the year 2016-17 were considered and passed in terms of Article 115 of the Constitution. Statements were made by the Ministers regarding the Ladakh border, Covid-19 and on MSP for agricultural items, among others. While the Lok Sabha Rules do not permit discussion on the ministerial statements, yet, in the Rajya Sabha, there were discussions on the statements giving opportunity to the members to speak out their concerns.

In their valedictory addresses, the presiding officers eloquently referred to the enhanced productivity of the Rajya Sabha and the Lok Sabha, i.e., 100.47 per cent and 167 per cent, respectively. (Albeit, political pandits are skeptical as to the correlation between such productivity and a robust and efficacious Parliament.) While the Lok Sabha proceedings were rather tame, the Rajya Sabha witnessed turbulent scenes. The opposition benches in both the Houses were empty during the last three days as most of the opposition parties staged a walk out to protest suspension of 8 MPs of the Rajya Sabha. The said 8 MPs had persistently defied the Chair, trooped into the Well of the Rajya Sabha on 20 September, 2020, tried to obstruct the business of the House, some even tore the Rule Book and went menacingly right up to the dais registering violent opposition to the two agriculture related Bills. It was a ghastly visual in the House of the Elders – meant to be a chamber for serious debate, reflection and revision. The Deputy Chairman, then in the chair, continued with the business till the Farmers’ Produce Trade and Commerce (Promotion and Facilitation) Bill, 2020 and the Farmers (Empowerment and Protection) Agreement on Price Assurance and Farm Services Bill, 2020 were passed in the prevailing din and anarchy.

The following day, after the tranquil Zero Hour, there was again uproar when the Chairman suspended 8 MPs from the House for the remaining part of the session on a motion moved by the Parliamentary Affairs Minister. The House was adjourned twice as the suspended MPs did not withdraw. The Chair was compelled to adjourn the House, the third time, for the day. In hindsight, a senior opposition leader observed, had the House been similarly adjourned the previous day, perhaps the unfortunate event could have been averted. The suspended MPs sat on dharna in front of the statue of Mahatma Gandhi in Parliament House. The dharna was lifted the next day when Ghulam Nabi Azad, Leader of the Opposition (LoP) in the Rajya Sabha and other opposition leaders intervened, expressing solidarity with the suspended MPs. The issue of their suspension figured in the Rajya Sabha the following day. There were apologies from some leaders of the opposition with the caveat that with better coordination and better floor management by the legislative managers of the Government, what happened could have been averted. Unprecedented in the history of Parliament, some opposition members moved a motion for removal of the Deputy Chairman, who was presiding during the unfortunate happenings. The Chairman rejected the motion under the Rules and expressed his agony over the painful incident which, he felt, had lowered the dignity of the august House. Venkaiah Naidu (Chairman, Rajya Sabha) made a somber observation in his valedictory address – ‘To protest is the right of the opposition. The floor of the House is the most effective platform for contestation of ideas.’ He underlined, and his words had a ring of heartfelt sincerity, the standing and the effective role of the LoP in running the House smoothly. He acknowledged the courtesy and willing cooperation of the LoP but expressed anguish over the observation of the latter before walking out about ‘lowering of the status of LoP in the House’. The Chairman said it was an important observation and caustically remarked, and counselled the government benches, ‘it should not be overlooked’. One hopes, there is better coordination between the legislative managers of the treasury benches with the opposition and the opposition also realises its grave folly. In a democracy ‘the antagonism of opinions must be kept alive so that the majority ruled but not unchallenged’. Diversity of opinions is the hall mark of a liberal democracy as against majoritarian democracy. The opposition must articulate and register their disagreement through debate, as democracy is government by debate, discussion, and consensus where possible, but not holding the majority to ransom by physical obstruction.

Garhwal Post has established itself as a credible, balanced and forward looking newspaper in India. Based in Uttarakhand, the daily is read by the aware, socially and culturally responsible, high-income elite of society.
Contact us: info@garhwalpost.in
https://garhwalpost.in/local-single-milfs/ dating profile for guys https://garhwalpost.in/best-place-for-a-single-woman-to-live-in-the-world/