By Our Staff Reporter
Dehradun, 2 Jun: School Education Minister Arvind Pandey today announced cancellation of Intermediate (Class 12) Board exams of the Uttarakhand Board this year in view of the Corona pandemic. The decision comes after due consultations at the top level and with the consent of Chief Minister Tirath Singh Rawat.
It may be recalled that, yesterday, Prime Minister Narendra Modi had chaired a top level meeting and then decided to cancel the examinations of Class 12 of the CBSE Board, which is the Central Board of Education. A large number of private schools in Uttarakhand and all Central Schools run in Uttarakhand are affiliated to the CBSE Board. Following this, ICSE too decided to cancel its ISC examinations (Class 12). A similar decision was expected in Uttarakhand, too, and today, after a meeting held to take a final call on the issue, it was decided to cancel the Class 12 Intermediate Examinations in the state this year in view of the pandemic.
A meeting was held, earlier, in the Secretariat today under the chairmanship of Education Minister Arvind Pandey. Chief Secretary Om Prakash, Secretary, Education, R Meenakshi Sundaram, Director General, Education, Vinay Shankar Pandey and senior officers of the Education Department were present at the meeting. It was decided that, in line with the decision and guidelines taken by the Government of India and the CBSE Board, and in the national interest, the intermediate examination would also be cancelled in the state.
The Education Minister said that no student would be failed in Intermediate. In this regard, according to the norms and decision of the CBSE Board, he also directed the officers to prepare an action plan accordingly and said that the process adopted by CBSE would be followed for rating the performance of the students.
Talking to the media after the meeting, Minister Pandey said that, in view of the corona pandemic in the country, the Central Government and CBSE Board had decided to cancel the Intermediate examination in the interest of students, teachers and parents. As per the instructions given by Chief Minister Tirath Singh Rawat, the state too had decided to cancel the intermediate examination. He said that this decision had been taken in the larger interest of the state, students, teachers and parents in view of COVID 19. 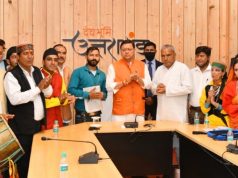 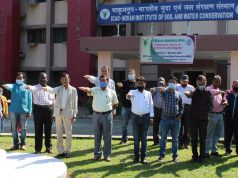 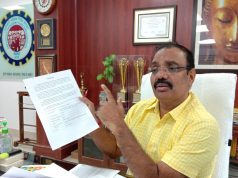