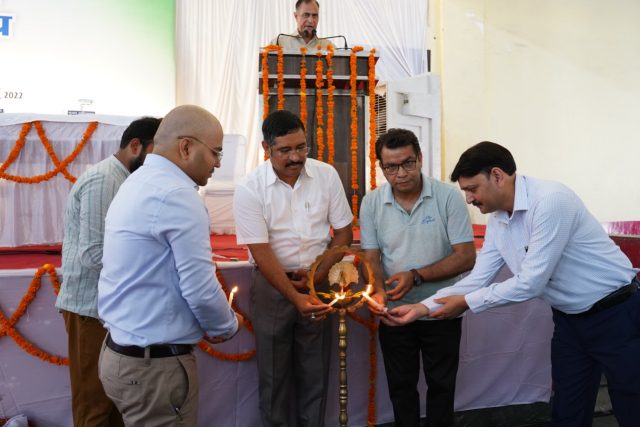 Rishikesh, 25 Jul: The Government of India is celebrating Azadi ka Amrit Mahotsav to mark 75 years of India’s independence. In this regard the Union Ministry of Power is organising the ‘Ujjwal Bharat, Ujjwal Bhavishya’ programme in various districts of the state from 25 to 31 July.

As part of this, an ‘Ujjwal Bharat…’ event was organised at City Club, Rudrapur, in Udham Singh Nagar today. Rudrapur MLA Shiv Arora was present as the Chief Guest. Gadarpur MLA Arvind Pandey and Rudrapur Mayor Rampal Singh were also present as special guests. The DM and CDO (US Nagar) were also present.

During the event, the major achievements of the power sector were presented before the audience through various programmes. The event was attended by people from nearby villages and districts including state government officials. The beneficiaries of various schemes of the Central Government were felicitated and they shared their experiences with the gathering.