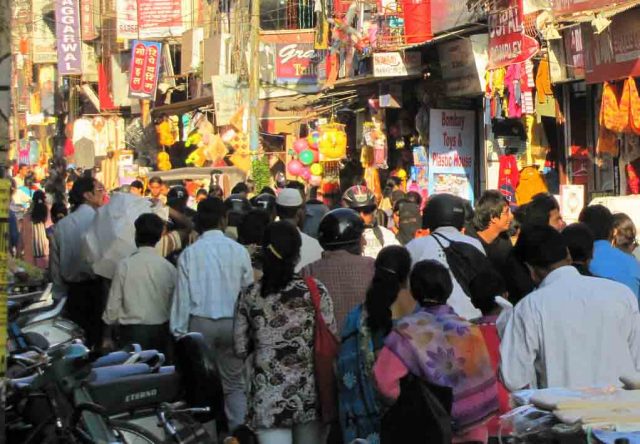 By Arun Pratap Singh
Dehradun, 31 Oct: While it is true that Uttarakhand has performed reasonably better as compared to many other states in dealing with the Corona pandemic, but several challenges still remain to be unresolved. Though the number of fresh cases of Covid-19 infection per day has fallen to below 400 as compared to more than a thousand per day two weeks ago, it is no time to relax as the festive season is currently on and the markets are crowded. Uttarakhand has crossed a figure of ten lakh Corona tests so far, but it remains a fact that the 4 plain districts namely Dehradun, Haridwar, Nainital and Udham Singh Nagar may have 72 percent of total cases of Corona but have actually conducted only 55 percent of the total tests so far. Clearly, this is an indication that these four districts need to test much more than they are presently doing. According to the public health experts, the ideal testing ratio in India, would be around 15,000 tests per lakh of population but in Uttarakhand it has been around 8770 per lakh of population. So, testing must improve.
It is a matter of relief that the recovery rate of the Corona patients in the state has improved to about 92 percent. The number of reported active cases has also come down to around 3,600. However, it must also be noted that the total number of test results awaited in the state is around 15,000 and it can be an issue of some concern.
Due to the festive season, the markets in the state including Dehradun are witnessing large crowds. People are openly seen violating physical distancing norms and many are even seen without wearing masks in the market. At a time when the pandemic is showing a strong second surge in several leading countries, crowds violating the safety norms can be a dangerous preposition. However, it appears that the administration is not taking the monitoring of the compliance of safety norms very seriously as of now!  For example, instead of deploying enough regular police force in the markets where crowds are expected during the festive season in Dehradun like Paltan Bazar, Moti Bazar, Dhamawala Bazar, 50 PDF jawans have been deployed by the Dehradun district administration to ensure compliance of safety norms. How can PDF jawans and that too in a limited number be effective in ensuring compliance by the people? Every day in the evenings, large crowds are seen at places like Dharampur Sabji Mandi and outside the eateries in Nehru Colony in Dehradun and in Chheh Number Puliya area. In Rishikesh, Haridwar too large crowds are being seen in the markets due to festive season but not complying with the safety norms. It is certainly not easy to control crowds during the festive season and therefore it becomes necessary to deploy adequate strength of regular police forces in the markets so that spread of the pandemic could be checked somewhat. Of course, the High Court did take some proactive action by appointing monitoring committees in each districts to be headed by the district magistrates.