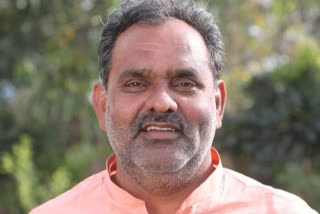 DEHRADUN, 29 Nov: Uttarakhand Government has finally announced the revised price of sugarcane for the new season. This announcement was made by Sugarcane Minister Swami Yatishwaranand during a press conference held at Vidhan Bhawan here today. Swami Yatishwaranand informed that for early varieties of sugarcane, the procurement prices for the sugar mills had been fixed at Rs 355 per quintal which was higher than the price that had been announced by Uttar Pradesh. He added that the for late and ordinary variety, the price had been fixed at Rs 345 per quintal. He also informed that 95 percent of the sugarcane produced in the state was that of the early variety. In addition, he added that the sugarcane freight, which till now the farmer had to pay at Rs 11 per quintal, would now have to pay only Rs 9.50 per quintal. This would provide additional relief to the sugarcane farmers, the minister claimed. The minister said that UP Government had announced a price of Rs 350 per quintal for the early varieties but the Uttarakhand Government had announced higher price by Rs 5 per quintal as compared to UP on the early variety. It may be recalled that last year, a price of Rs 327 per quintal had been declared by the state government for the early variety and Rs 317 per quintal for the ordinary variety. Yatishwaranand also claimed that due to special efforts of Chief Minister Pushkar Singh Dhami, the crushing session had begun in the Sitarganj Cooperative Sugar Mill which had been lying inoperative for a record time.He said that 25 thousand sugarcane farmers would be benefited by the reopening of Sitarganj sugar mills. This time the sugarcane price was increased by Rs 28 per quintal which was a record increase, he claimed. He reminded that the sugar mills of Gadarpur and Sitarganj were closed during the Congress regime, the BJP government had started these mills again.