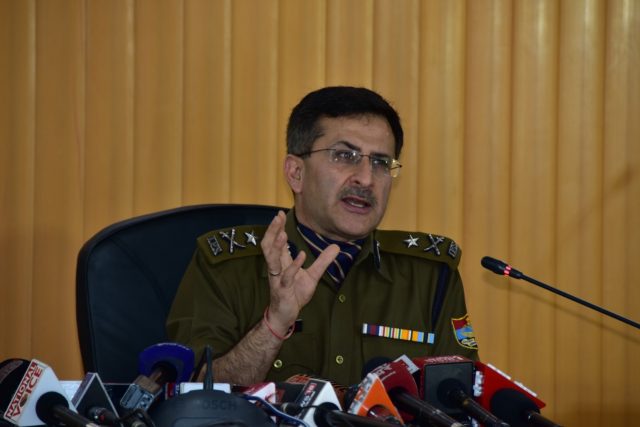 By Arun Pratap Singh
DEHRADUN, 19 Mar: Uttarakhand Police is fully prepared for poll duty. IG Police and the Nodal Officer nominated by the Election Commission of India, Deepam Seth, disclosed today that the Police was ready to ensure conduct of peaceful, free and fair polling.
Seth stated that about 16,000 Police personnel would be deployed for poll duty and that it was their utmost priority to ensure fair, free and peaceful polling in the state. He added that the preparations in this respect had begun last year in December, itself, with the DGP and other senior members holding a series of meetings to take important decisions in this respect. The 16,000 odd police personnel to be deployed included district level police forces and personnel allocated from other branches like CID, Vigilance, Fire Service, SDRF, Training and Police Headquarters, etc. They also included gazetted police officers, inspectors of police, sub inspectors, chief constables and constables, etc.
In addition, 19 Deputy Superintendents of Police who were recruited directly through the State Public Service Commission and would be completing their training this month would also be deployed on election duty. Among the Women Police personnel, 270 Sub Inspectors, 1900 Police Constables and 2 companies of Women PAC would also be deployed.
Seth informed the media that, in addition to the forces mentioned above, 4,500 home guards from the state and 13,000 from other states, about 5,000 PRD Jawans and Forest Guards and 21 companies of PAC had been reserved for election duty. He added that the Centre had allocated 30 companies of para military forces for poll duty and they had already been made available to the state. In addition to this, the Centre would also allocate 35 companies in the second stage. They would include 5 companies of PAC and IRB which would be made available to the state by the end of this month.
He reminded that, as per the assessment made by the Election Commission, out of a total number of 11,235 polling stations in the state, 704 polling stations were vulnerable and 1200 stations, critical. Extra forces were likely to be deployed at the critical stations to prevent any possible irregularity or violence!