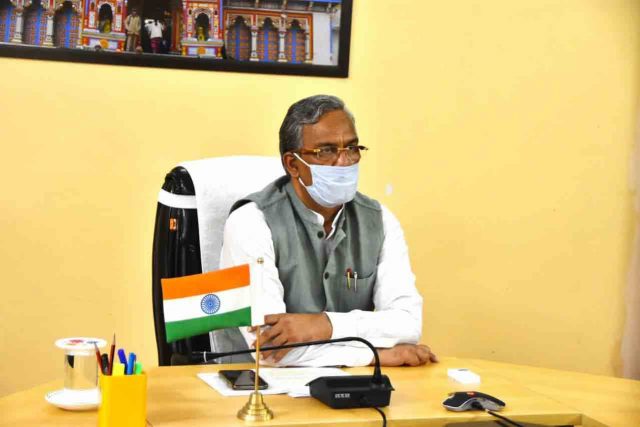 By OUR STAFF REPORTER
DEHRADUN, 5 Sep: Union Finance Minister Nirmala Sitharaman released the ranking of states and union territories in the area of Ease of Doing Business under the fourth edition of State Business Reform Action Plan 2019 through a video conference from New Delhi on Saturday. Chief Minister Trivendra Singh Rawat was among those who participated in the video conference.
It was revealed in the video conference that Uttarakhand which was ranked 23 rd in the year 2015 has jumped several places to be ranked 15th in the latest ranking released by Nirmala Sitaraman. Andhra Pradesh, Uttar Pradesh and Telangana ranked first, second and third respectively in the ranking. 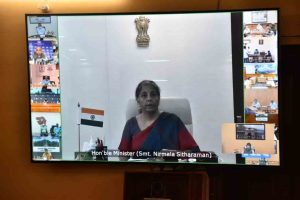 On the occasion of the announcement of the Ease of Doing Business Rankings for the year 2019, Chief Minister, Trivendra Singh Rawat said that the reforms being undertaken by the states under the Ease of Doing Business were a unique example of positive partnership between the Union Government and the state governments.
He said that the Reform Action Plan laid down by the Union Government after extensive consultation with the states had chalked out an appropriate road map for the states to create an investment friendly environment. Uttarakhand had continuously worked actively in the field of Ease of Doing business since its inception. In the first rankings of the year 2015, the state was ranked 23rd and in the year 2019, Uttarakhand has now jumped to 11th rank. Effective efforts would be made to make Uttarakhand states join the category of achievers at the national level.
The Chief Minister said that although Ease of Doing Business covered the core industrial sectors for investment but  despite this, the policy had positive focus on sectors which required, clean environment and climate, better law and order, disciplined workers and productivity and absence of labour disputes, etc. These conditions played an important role in creating an investment friendly environment in the state. He claimed that the government was determined to develop Uttarakhand as an ideal destination for investors. In this direction, the State Government had prepared an action plan related to providing many facilities to entrepreneurs for investment in the state, the result of which would be evident on the ground soon.
The Chief Minister said that with the preparation of industry friendly atmosphere in the state, effective efforts were being made by the state government towards realising the initiative taken by the Prime Minister for a self-reliant India, besides promoting local products.