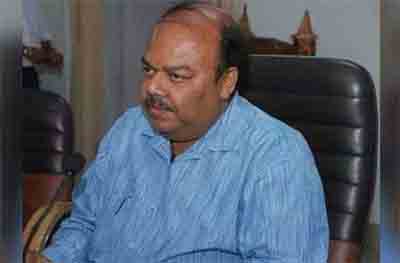 Dehradun, 12 May: Chief Secretary Om Prakash today informed media that the State Government had decided to import vaccines from abroad and a committee had been constituted for this.
The committee would have Additional Secretary Yugal Kishore Pant, Additional Secretary Arunay Singh Chauhan, Director, Procurement, Medical Directorate, Khajanchand Pandey, State Finance Service officer and Sumant Sharma posted in the PPE Kit Cell Planning Department as its members.
He disclosed that the state was in constant touch with the Union Government in this regard. At present, the state is facing shortage of vaccines but would be able to get 8 lakh vaccines this month and, in the next, 9 lakh vaccines with the condition that those who have had their first dose of the vaccine will get their second dose on priority basis.
He added that direct talks were also going on with the major companies of the country for procurement of the vaccines. Besides this, the state has also decided to import 2 million doses of Sputnik vaccine over the next two months. A committee had been formed for this and funds have also been arranged. He further stated that strict action would be taken against hospitals and medicine dealers would be found to be over-charging, black-marketing or selling fake medicines. The Chief Secretary informed media that 80 metric tons of oxygen had reached by the Oxygen Express in the state and the consignment had been sent to various locations. The state needs 60 tons of oxygen daily. Currently, the state had been allocated two containers of 20 MT, each. The state government had requested the Centre to provide more containers and it is hoped that, by Friday, the state would get 6 more containers.
IG Amit Sinha said a total of 24 FIRs had been registered so far for violations of Covid restrictions. He reminded that the state had provisioned for punishment of life imprisonment for selling counterfeit medicines and, therefore, he requested the people to share any information in this regard so that action could be taken against the guilty.
Secretary Dr Pankaj Kumar Pandey added that experts of the technical committee had advised the state government to reduce the severity of Covid by prescribing prophylactic medicines. The state government had therefore decided to provide medicine kits to the entire population of the state. For this, the exercise had already begun.