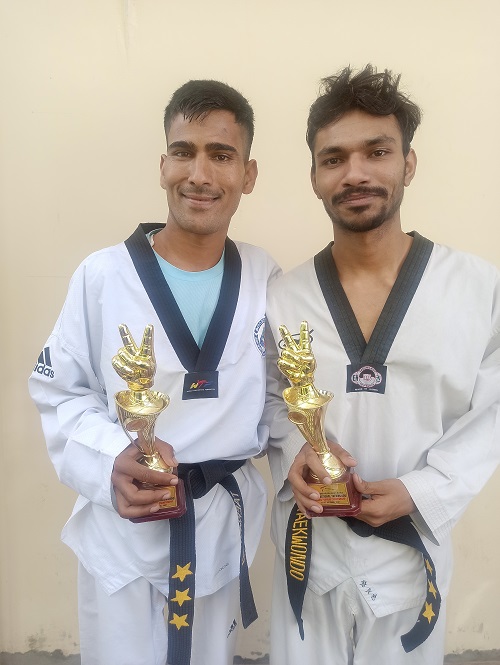 By Our Staff Reporter
Mussoorie, 27 Oct: Uttarakhand won the title at the Mussoorie Cup-2021 Open National Taekwondo Kyorugi Poomsae Championship, here, today. Uttar Pradesh won the runners-up trophy.
The Mussoorie Taekwondo Academy, in association with Jehan Sports Taekwondo Academy of Doon and Taekwondo Association of Uttarakhand, won the title at Mussoorie Cup-2021 Open National Taekwondo Kyorugi Poomsae Championship, which was held in the auditorium of Radha Krishna Temple, here.
Around 300 players from across the country participated in the championship. The final match of was a tough one between coach Shatrughan and player Vimal Kashyap. Shatrughan won the match. Shatrughan said that the competition is being organised for the first time after the Covid lockdown, due to which there is a lot of enthusiasm among the players. He said that his student player could not defeat him but he was very happy to see his performance.
Vice President Ajay Handa said that the competition had not been organised for two years due to Corona, but all the players gave their best. He said that another national level competition would be organised soon.