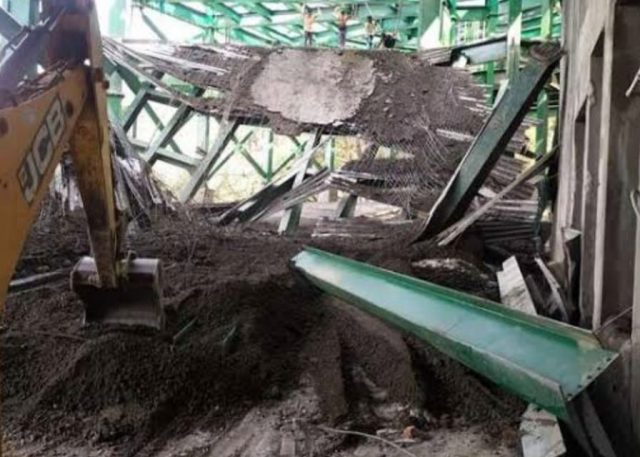 Dehradun/Mussoorie, 1 May: A large portion of the under construction multilevel parking at King Craig in Mussoorie, collapsed early this morning. As no traffic was passing at around 4 am when the incident happened, no one was reported injured. However the incident raises serious questions regarding the quality of construction at the parking site which has been under construction for over six years now. The Rs 31 crores project was scheduled to have been completed in just one year’s time only but remains incomplete even after 6 years. The administration and department officials  supposedly reprimanded the construction company several times. However to no avail. The construction was being done under the supervision of the PWD Department, it is told.

Mussoorie Municipality Chairman, Anuj Gupta, took the matter seriously and claimed that the collapse of the parking building was an indication of the poor quality construction work and demanded strict action against the construction agency.