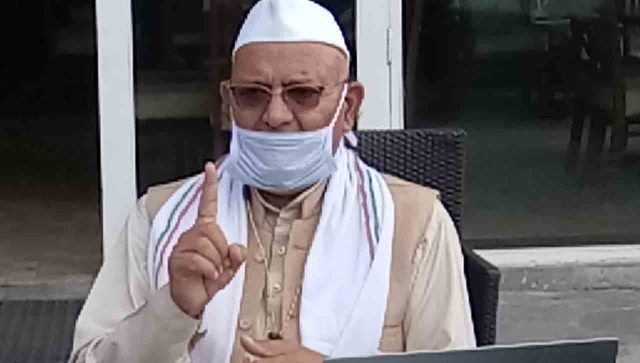 By Our Staff Reporter
Mussoorie, 2 Feb: Addressing a press conference here, today, Uttarakhand Congress State Vice President Jot Singh Bisht said that the budget presented by Union Finance Minister Nirmala Sitharaman was useless for the farmers, unemployed youth, poor and middle class people and unorganised sector workers. It was just as bad for the people of Uttarakhand. At a time when China is sitting on India’s land, there had been no increase in the defence budget. With farmers besieging the borders of Delhi for 70 days, the decision to cut the agriculture sector budget by 6 percent was unfortunate.
He added that a provision had been made to make gold and silver cheaper, while general items had been made more expensive. No relief had been given to the poor and housewives. The poor have been left to fight with inflation as LPG had become expensive, subsidies slashed and cess imposed on petrol and diesel.
The poor and middle class have been cheated by not providing any relief in the income tax slab in the budget. The BJP government was trying to sell public sector institutions and establishments that were built by the Congress governments from the independence of the country till now. In the Corona era, when everything in the country came to a standstill, the MNREGA started burning the stoves of the poor in the rural areas, but instead of increasing its allocation, it had been reduced. He further said that the people of Uttarakhand were disappointed with the Budget as not even a single penny had been given for the development of the state. Apart from the major road projects already underway, the state received nothing in these 4 years. No money for capital construction, no new railway line, no green bonus, or any big industry that could open the way for employment for the youth had been provided. The interests of employees had been ignored. Employees looking forward to the restoration of the old pension scheme had been disappointed. In view of the elections in Bengal, the Government of India has dedicated its entire budget to that state. The people of Uttarakhand would not forget being ignored and would teach a lesson to the BJP in the coming elections.