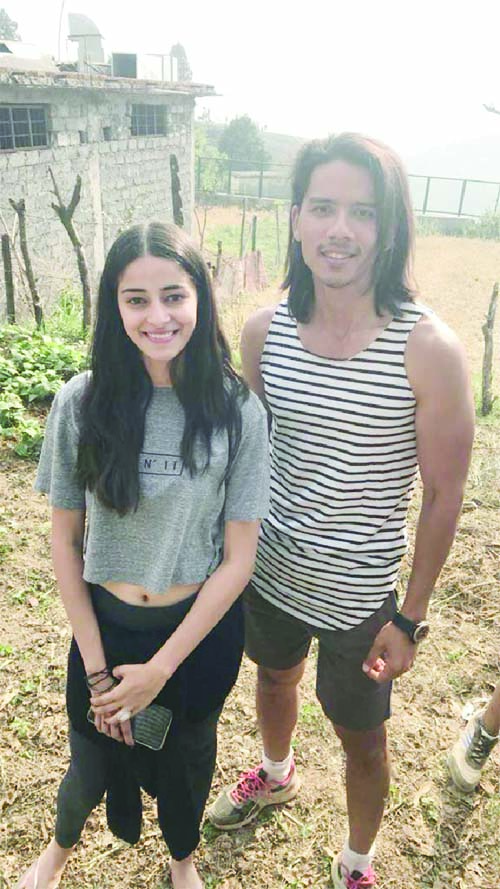 By OUR STAFF REPORTER
Dehradun, 22 May: Young star Darwin Thapa, son of Anil and Anita Thapa, got the opportunity to play a role in the recently released movie, ‘Student of the Year 2’, recently released and mostly shot in FRI and Mussoorie with the star cast of Tiger Shroff, Ananya Pandey, Tara Sutaria, Punit Malhotra and others. Darwin hails from Doon Valley.
According to Lt Col BM Thapa (Retd), Senior Vice President, Dehradun Ex-Services League, and Vice President, Sanyukt Nagrik Sanghathan, Doonites not only feel proud of Darwin’s achievement in the film but also remember his grandfather, the late Bhim Singh Thapa, who rendered dedicated service to the Indian Film Industry for more than five decades as director, actor and story writer. He directed movies like Lakshmi, Kinare Kinare, Himalaya Se Uncha, Charandas, Gangadham, Man Jite Jag Jite (Punjabi), Dhukh Bhanjan Tera Naam (Punjabi), Maitee Ghar (first Nepali movie of Nepal), Kanchi (Nepali) and many others. He acted in many movies and also wrote a couple of scripts and stories for the movies.
Darwin has done several plays on stage like Taj Mahal Ka Tender, Ek Nawab Aisa Bhi, etc. He also done several advertisements and the recent one is for Toyota Glanza. He is champion fitness freak, in mixed martial arts, gymnastics, body building and calisthenics. He has the role of a student in “Student of the Year 2” and is seen in the movie with his long hairstyle. He is known as Darwin in the movie, also. He is likely to come in other movies with Tiger Shroff and others soon, keeping the name and fame of Uttarakhand high. Darwin is the grandson of Lt Col BM Thapa (Retd).