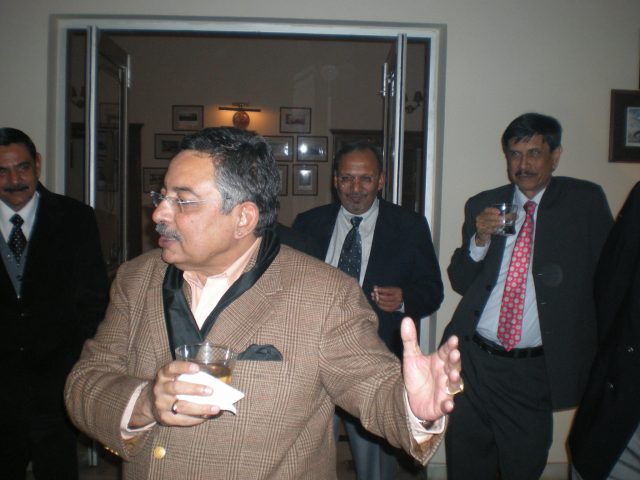 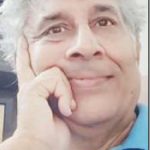 I first met Vinod Dua at Hansraj College in the Delhi University. I don’t know why we became friends. He came from a modest background, was born in Sadar Bazaar, old Delhi, and studied in a hindi medium school. He did not play the fancy games he used to be seen at the weight lifting arena in college. I came from a upper middle class background, was born abroad, studied in a Christian missionary school and played cricket and tennis in college. College years are normally memorable where friends are made because of the chemistry of the heart and not the mathematics of the mind. In a world which was guarded and fearful – Vinod showed me his soul. The result was a friendship that started with little else but dreams, of borrowing money smoking half cigarettes, walking to save money on transportation eating food at dhabas, of drinking rum ….. The friendship stuck throughout our lives through achievements and failures, in fits and starts. The times changed, he became a household name and he would visit us in his Mercedes, we would have food at the India International Centre, and drink single malt. He became the legend of Indian news broadcasting –but he never changed. 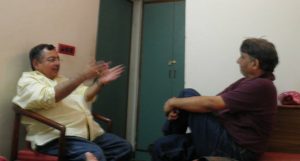 Therein lay his greatness. The memories of early days, are still sharp and clear. He was a music buff who sang and played the mouth organ with great aplomb. I can never forget one particular autumn evening in 1972. As I made my way back from a practice session of cricket to the hostel, I could hear the musical notes of the popular song “Haih apnaa dil, toh awaara, na jane kis pe aayehgaah”, wafting through the air. I saw Vinod sitting on the stairs of the mess and playing the mouth organhis hunched silhouette with his head swaying to the tune. I sat down next to him – quietly. Very soon a group of hostellers started to join, and it became a crowd !!.

Music never left him till the end. His command over Hindi and English was flawless. Though he won his spurs in Hindi TV broadcasting – he was a post graduate in English. He spoke very softly. His words caressed you – in sharp contrast to others whose words seem to rain slaps on you. He could never understand why I shouted so loudly when I appealed ”Howzaat”, in cricket “Kya umpire behreh hote haih ? (are umpires deaf)?, he would ask?

Once in a while, he would borrow his Dad’s Vespa scooter and take us to either movies, or food on it. One such trip to the Tibetan Monastery remains etched in my memory. At the Tibetan monastery (near Kashmere Gate), one could get a hot, delicious and cheap bowl of soupy noodles with lots of vegetables (Thukpa) for just 3 rupees !!

It was a very cold winter night in December. In the hostel we “charged“ ourselves and decided to go to the monastery for Thukpa. Since he was going to drive and bear the brunt of the cold wind, I lent him my brown overcoat. The year was 1975.

I am not a overcoat man, and hence forgot about it ! He apparently never wore the overcoat again and forgot to return it. We moved on with our lives and geography separated us. We met once in a while, though I saw him regularly on television.

Fast forward to year 1999. He along with an entourage of journalists and politicians were on a trip to Pakistan. Coincidentally my brother in law Murli Menon and sister were posted in Islamabad in the Indian High Commision. In the diplomatic corps party which hosted the journalists and the delegates – the mood was upbeat. Someone introduced my sister to Vinod. When Vinod realized that she was my sister– he went overboard. He introduced her to all the VIPs (including Lalu Yadav), and kept saying “She is the sister of my college friend”!.

Just before the party was about to wind up he told Kusum ( my sister) “Tell Kulu that I still have the overcoat with me – though I don’t wear it”!

I last talked to him just before Covid struck him. We used to communicate regularly on Facebook where he was always very complimentary (someone commented on a blog I wrote that I wrote like Ruskin Bond. Vinod immediately replied – “No , he writes like Kulbhushan Kain’). He wanted to buy a cottage near Rishikesh on the banks of the Ganges. But Covid snuffed out his dream.

Not everything is supposed to be beautiful and everlasting. Sometimes people come into your life to show you right from wrong, to show you what you can become by stretching yourself, to teach you to love yourself, to make you feel secure when you feel hounded, or to just be someone whom you can spill your life to. They are not going to stay forever and we have to thank them for what they have given us. Vinod Dua was one such person.

He never allowed anyone to control his flight to the top. He was tree with deep roots and not a kite whose strings were in someone elses hands. He was brave, he was tough. He was caring, he was artistic. He was sensitive. He was witty. In short– he was someone about whom even nature would stand up and say “this was a man”. His life was short but as Seneca wrote. “As is a tale, so is life: not how long it is, but how good it is, is what matters.”

He passed away, but I know I will meet him somewhere- because he has to return my brown overcoat.!!!!