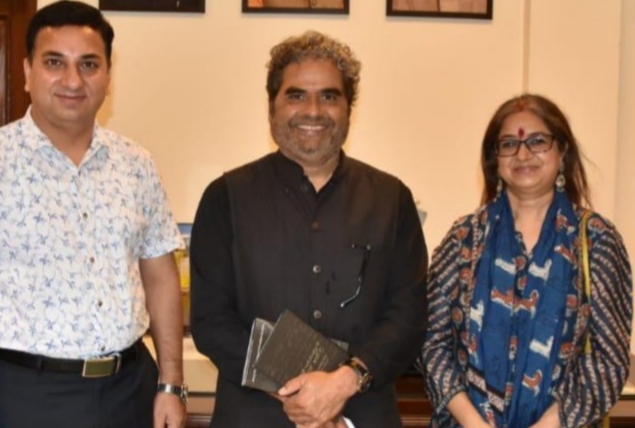 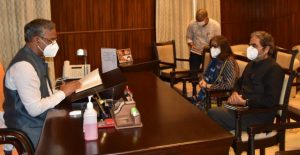 Bhardwaj pointed out that Uttarakhand is luring filmmakers as a favourable destination, which augurs well for the economy of the region. The state’s natural splendour, as well climatic conditions, peace and safety make it an ideal destination. Therefore, it has become imperative to focus on quality film education and training for youth desirous of working in this field. He made a suggestion that the government set up an institute on the lines of FTII Pune. The CM explained that the state had put in place a film friendly policy to ensure that filmmakers enjoy a hassle free atmosphere. In the future, a few film related courses could be introduced at the university level. The suggestions put forth by Bhardwaj would be given thought once the Covid situation in the state is brought under control. Nodel officer KS Chauhan was also present on the occasion. 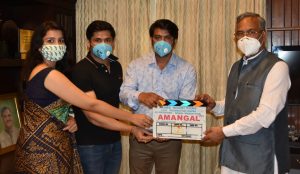 Son of the soil, filmmaker Avinash Dhyani, too, met the CM along with two of his team members. Working under the banner of Padma Siddhi films, Dhyani is all geared to present his first film for the OTT platform, titled “Amangal”, a horror film, in collaboration with JSR Production House and Nahal Productions as co-producers. The Muhurat Shot of the venture took place, today.
It is a horror film, the first to be shot in Uttarakhand after the Lockdown due to COVID-19. Dhyani expressed gratitude to the government and the Chief Minister for by giving the clap for the Muhurat shot, today, in his office, and showing immense support for Dhyani’s efforts.
The film is being shot in Hotel JSR Continental with minimal crew members from Uttarakhand and with all protocols in place.

Garhwal Post has established itself as a credible, balanced and forward looking newspaper in India. Based in Uttarakhand, the daily is read by the aware, socially and culturally responsible, high-income elite of society.
Contact us: info@garhwalpost.in
https://garhwalpost.in/top-senior-dating-websites/