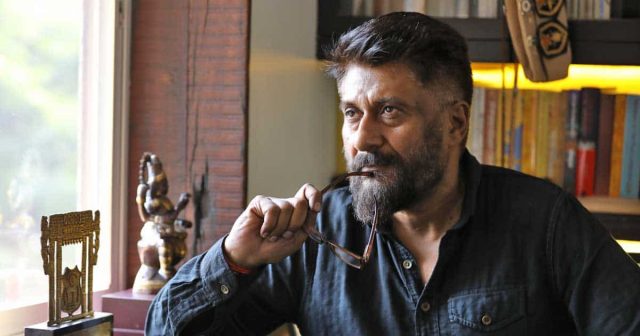 National Award-winning filmmaker Vivek Agnihotri, who is coming up with his new film ‘The Kashmir Files’ based on the exodus of Kashmiri Pandits that took place in 1990, says making a film in India that has a political statement is challenging but he is fearless.
The journey of the film started with the process of extensively interviewing Kashmiri Pandits who are presently settled in various parts of the world including America, UK and other countries.
In the presence of the media, Vivek has shown the interviews of real-life victims that include people of the Pandit community who lost their houses and family members because they were killed by local Kashmiri Muslims who took up guns in the name of religion and communal hatred.
There is another section of the Pandit community who lost their lives or loved ones during their stay in the camps under poor living conditions, snake bite and endless suffering. In every real footage, the wounds are still fresh in the memory of the victims even after 30 years of the exodus.
Vivek told IANS: “While the genocide of Kashmiri Pandits is called a historical chapter of our modern politics, I do not look at it as history. If it was history then in October last year, targeted killing of Kashmiri Pandits and non-Muslim people like Makhan Lal Bindroo and Supinder Kour would have not happened. It is an existing reality where gunmen can enter a school and kill school teachers based on their religious identity.”
He further added, “Yes I know that making a film based on the political account is challenging in India but that cannot stop me from telling the truth. I have gathered the material of our film based on the real accounts from the victims.”
The film features Anupam Kher, Mithun Chakraborty, Darshan Kumar, Chinmay Mandlekar, Puneet Issar, Bhasha Sumbli and Pallavi Joshi as principal characters.
Asked about what was their process of weaving the story around several testimonies from the series of interviews, Pallavi Joshi who is also the producer of the film shared, “It was quite a tough process. But we zeroed down by the common thread.”
“There were a section of people who were forced to leave their houses when they saw the killing was happening before their eyes to their neighbours. A section of people left when they lost half of their family members who were killed before their eyes. Kashmiri Hindu girls were forced to convert and marry Muslims or being raped.
“Many families ran away to protect their female members. We took these incidents and put them together around the principal characters, in a timeline to tell the story in feature film format. But every story is true because it is coming from the testimony of the victims,” she explained. ‘The Kashmir Files’ releases in theatres on March 11.

Garhwal Post has established itself as a credible, balanced and forward looking newspaper in India. Based in Uttarakhand, the daily is read by the aware, socially and culturally responsible, high-income elite of society.
Contact us: info@garhwalpost.in
christian dating wellington elite dating https://garhwalpost.in/italy-best-dating-app/