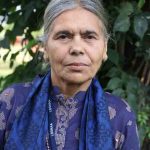 Given the multi-linguistic and multi-cultural scenario in our country, an astoundingly rich variety of literature is available in our regional languages accruing pan Indian identity to Indian literature. Keeping in view the increasing importance and need for translation in terms of wider readership, marketability and profitability for, both, writers as well as publishers, the category of ‘Literature in Translation’ was included inVoW 2018. Bibek Debroy’s perceptive keynote address touching on the nuanced facets of translation must be fresh in the memory of the audience. This year’s VoW 19 goes a step further in this direction. Sessions are earmarked not only on nominated books in translation from quite a few regional Indian languages in the genres of fiction and non-fiction but sessions on the art of translation as well. The organising committee is committed to offering a platform to the nominated writers in Hindi and other regional languages and their translators, respectively. It would be a rare opportunity for the audience to be a part of the session “Other Worlds in Other Words” where the noteworthy translators Alok Bhalla, Nishat Zaidi, Prabha Sridevan and Jerry Pinto will be in conversation with Prof Jaiwanti Dimri. The last few decades have witnessed phenomenal rise in the demand and marketability for literature in translation across the globe. Translation Studies is an upcoming discipline in the academia with possibilities of tremendous growth and subsequent job opportunities. The foraging of topmost publication houses, Penguin and OUP, to cite a few notable names in the publication of translations and books in Hindi, reiterates the fact. It would therefore be imperative for the young and aspiring translators not to miss the opportunity to attend the session “Aik Aangan Ka Dusra Dwar – Anuvad Kei Chunautiyan” (The Other Door of a Courtyard:The Challenges of Translation) to be deliberated upon by the critics GorakhThorat, Dr Vijay Shinde and Dr Pooran Chandra Chandan. In all probability, the experts would be dwelling on the practical, challenging aspects of translation and discuss the variables. It is no mean task to render one language into another and make way for the smooth passage for literature from one language into another. The serious engagement of Vow 19 with translation in theory and practice would be a novel feature. Moving on to literature in Hindi, there are three sessions earmarked for Hindi literature, two for Hindi fiction and one for Hindi non-fiction excluding the sessions on media, Kavi Sammelan and Hindi debate for schools. The prime focus in the aforesaid three sessions is on the nominated fictional books in Hindi that embody a wholistic image of the country in terms of a fine amalgamation of city and village centric books. Chaurah by the Doon based writer Jiten Thakur subverts the theme of rural migration to urban migration. Satendra Kumar’s Badlata Gav Badalta Dehat, too, is a rural-centric book focusing on the changing contours of an Indian village. Lakshmi Narayan Trpathi’s Mei Hijra Mei Lakshmi and Gyan Chaturvedi’s Pagalkhana are placed in the session aptly titled “Ujala Talashti Bastiya: Hindi Lekhan Mei India Ki Chamak Damak Se Pare”, (The Ghettos in Search of Sunshine: Beyond the Sheen and Shine of India in Hindi Writing). This year’s nominations in the category of Hindi fiction reflect woman power to be presented/represented by the likes of Alka Sarawagi, the author of Sahitya Akademi award winning novel Kalikatha: Via Bypass, Gitanjali Shri, Mamata Kiran and transgender writer LaxminarayanTipathi. The presence and participation of these writers in the literary festival will verily be much awaited and looked forward by their fans and readers. Alka Saravagi’s Ek Sacchi Jhoothi Gatha, Geetanjali Shree’s Ret Samadhi, Laxminarayan Tipathi’s Mei Hijra, Mei Laxmi along with Triloknath Pandey’s Prem Lahri are slotted in the session “Chowkei Sei Chandryan Tak”(From the Seating Wooden Bench up to Chandrayan). The nominations in the Hindi non-fiction category offer a collage of books in the mixed genre of travelogue, autobiography and memoir. Darakte Himalaya Dar Ba Dar: Yayavari Duryodhan kei Desh Mei is based on the adventures in the Himalayas by Ajoy Sodani, a neurologist by profession who can find time out of his busy schedule to travel and unravel the beauty of the Himalayas. His session will surely generate special interest and enquiry for the natives of Uttarakhand for his sojourn in the interior tribal region of Uttarakhand where Duryodhan commands great respect. Here it would not be out of context to point out that a many interesting versions of the the epic Mahabharata are available in Uttarakhand. Traversing from hills to the bank of the holy river Narmada with Amritlal Vegad in Tere Tere Narmada is a very different kind of soothing, somewhat satiating experience, akin to pilgrimage. Of equal interest will be the autobiography of Ramsharan Joshi entitled Mei Bonsai Apne Samay Ka. In a very significant and meaningful way, the Vow 19 nominations reflect the pan Indian character in the true sense of the term. The nominated books in the category of translations encapsulate the mainstream and marginal voices from all sections and cross sections of society. However, the participation of the Hindi publishing houses has been quite lukewarm as compared to their English counterparts. It goes without saying that a lot of effort and dedication goes into the making of literary festivals which impart desired visibility and exposure to the parties concerned. Hopefully, the Hindi publishers will not neglect this territory. There are a lot more nominations regarding the sessions on media, kavi sammelan, schools’ participation in debate that require elaboration and space and would be covered in the coming issues of Garhwal Post. The process of finalising the sessions is almost over, while discussants for a few sessions are yet to be finalised. Doonites and the outstation visitors can look forward to the exciting, rejuvenating literary bonanza.