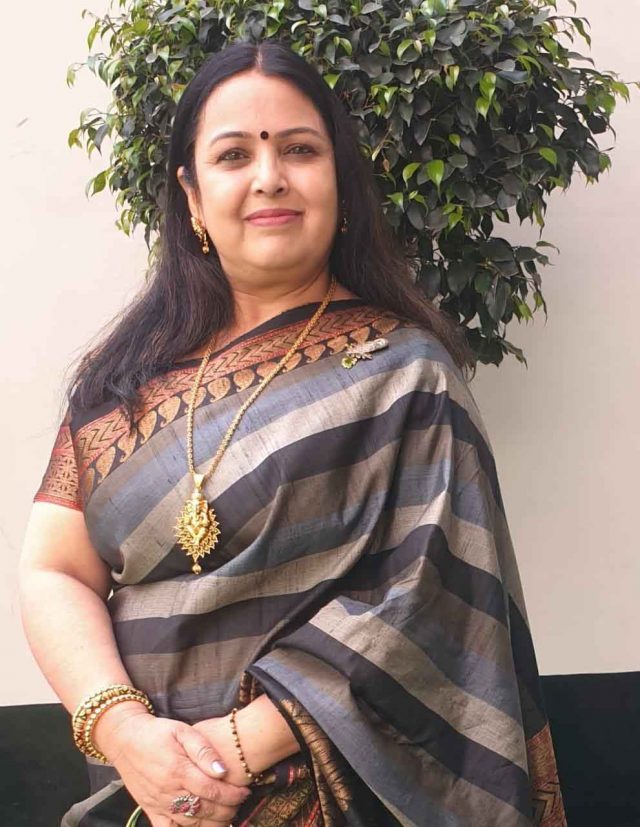 By SUNITA VIJAY
Addiction is a psychological and physical inability to stop consuming a chemical, drug, activity, or substance, even when it starts causing psychological, physical and social harm. Any kind of an addiction is a complex condition. It is a disease that is manifested by compulsive substance use, despite harmful consequences. The close family members are the worst affected while dealing with an addict. Although effective treatments are available yet de-addiction centres in our country are few in comparison to the ones who seek treatment.
Sunita Singh Ahlawat’s story is one of inspiration, strong willpower and of helping the ones who are caught by the addiction bug. From a simple home-maker to handling an alcoholic husband, to widowhood, to a mother of two children, to running a de-addiction centre; her journey surely needs mention.
“My husband was an alcoholic. How difficult it is to be in that situation. The household atmosphere goes for a toss with an addicted person at home. Luckily, he agreed to seek therapy. He recovered fully and on finding a new lease of life decided to open a rehabilitation centre. In the year 2006, the Naveen Kiran Rehabilitation Centre came into being and has helped sufferers in emerging from the gloom. I lost my husband in 2012, leaving me behind with two teenage children. Life came to a standstill at that moment with no way, no hope. I was shattered. Luckily, one of the recovered patients, Uday Pratap Singh, the present director, took charge. I, too, had a fair idea regarding the functioning of the centre as I had been all along attending the treatment sessions, meetings, the overall handling, along with my husband. I took over the reins, raised my children and, now, I am here – a satisfied, contented person, who sees so many sufferers go back home smiling, cured, to embrace a normal life.”
Sunita could have succumbed to the circumstances, given how grave they were. But she took courage in both hands. Her daughter, Tejasvi Singh, is an actress who worked in ‘Mardaani 2’ and her son helps at the centre. Sunita claims to treat the inmates without any medicines. It’s only during the initial days of admission that the in-house doctor recommends medicines to check the symptoms during the withdrawal phase. After that, the holistic treatment begins, which comprises yoga, meditation and counselling. The overall programme is for five months in which the focus is to change the thought process; the wrong thoughts to be converted into good thoughts.
“The inmates are kept busy the entire day with simple homely food served to them at regular intervals. It’s a five months package and 70% of the cases recover fully and never go back to the dark lanes again. It’s only a few cases involving those who do not want to come out of this muck that create problems. About 5-10% of the cases that lack strong willpower have to treated again at times,” Sunita says.
It’s a herculean task for the sufferer as well as the family members to take the crucial decision to seek help from professionals. Most of them have to be forcibly taken to the centre. She adds, “It’s a great joy to help those who need it. When I meet the happy families, who pay a visit later to show their gratitude, the joy multiplies. The best part is that I have so many people all over India and abroad who came here for treatment but became my extended family. Seeing them then and later, the transformation, it’s overwhelming. It’s the biggest reward.”
People with substance abuse related disorders develop distorted thinking, behaviour and body functions. A lot of patience, willpower and right treatment in a conducive environment are needed to bring them back to the normal world to lead a productive life.
It is a change in the brain’s wiring that leads to addiction and requires professional help. The images of the brain have shown the changes in the particular region of the brains of addicts that deals with judgement, decision making, memory, behaviour control and learning. It should not be considered taboo to look for counselling and a reliable rehabilitation centre. It’s better to face the devil than to let it overpower and ruin one’s life and those of family members.
This problem is curable and those who sought help have benefitted. If not treated, it leads to premature death. The sad part is that many who could benefit from the treatment never receive it. Centres such as those run by Ahlawat, plug this crucial gap.