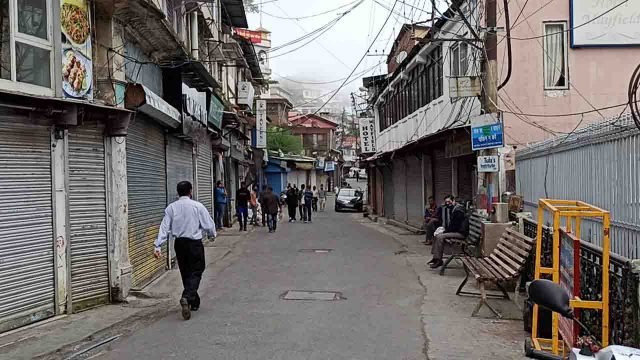 By OUR STAFF REPORTER
MUSSOORIE, 23 Sep: A weekly shut down has been announced in Mussoorie, every Wednesday, during the Corona period, which the local people have started opposing. According to them, at a time when the movement of tourists has been fully allowed by the state government, there is no question of a weekly shutdown. They demanded that the government should cancel the weekly shutdown soon. They said that, in the tourism sector, when the government is taking big steps, there is no justification for the weekly shutdown.
Local traders have also urged the Mussoorie Traders and Welfare Association to ensure that the weekly shutdown is cancelled. Mussoorie Traders and Welfare Association President Rajat Aggarwal said that the government was ensuring a weekly closure at all tourist sites due to the increasing Corona epidemic, when the opportunity to ensure that sanitisation is undertaken by the Municipality. He said he would soon send a memorandum to the District Magistrate in this regard.