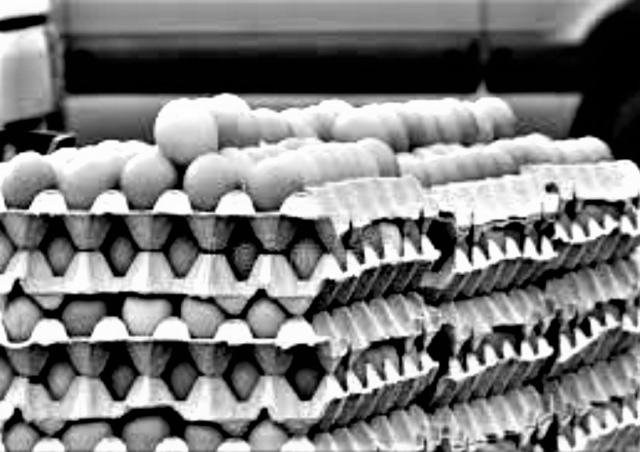 25 kms north of Amritsar is a place called Chowk Mehta. It houses the Damdami Taksal, a seat of Sikh learning and education. It sprang into prominence when one of its heads held the country to ransom. Sant Bhindrawale was headquartered at Chowk Mehta from where diktats to carry out gruesome killings were prepared. He had a narrow but ruthlessly committed base. Those who did not support his ideas were confronted with choices – join, leave, or be prepared for the repurcurssions. Maybe death.

“I have come to teach here. What brought you here? To sell eggs and chicken on a cycle? It does not make sense to me?” I had asked. It was a logical question coming from me, who was teaching at Rai which was basically a village those days.

Jaswant was a raw and rustic Sikh. But he was a true secularist and a nationalist.

Rai is a residential school. Having mess food day in and day out was an uphill task. It becomes repetitive and predictable.

Jaswant Singh provided me options. He peddled eggs and chicken and it suited me fine. He would announce his arrival by always ringing the bell of his cycle three times! I would open my door, inspect and buy eggs and chicken.

From an acquaintance, he became a friend. I always talked to him in Punjabi.

Then terrorism struck. The new Principal restricted his entry citing security reasons.
I started seeing him less and less.
In the madness of terrorism, my brother-in-law, who was a senior IAS officer, was gunned down. One afternoon, as I grieved, I heard a cycle bell ring 3 times.
I got up and opened the door.
It was Jaswant. He looked a pale shadow of his former self. At that point I did not know he was suffering from a major ailment.
I ushered him into my drawing room.

A pregnant silence hung in the air for about 2 minutes. Then Jaswant wept like a child. He told me that I was a “padhaa likhah” (educated) human being, he had little to offer in terms of advice. However, before leaving, he held my hand and said,

That’s the last I saw of Jaswant, as he peddled away.
I was never to hear the ring of his cycle again.

One day, I came to know that Jaswant had passed away due to blood cancer. I could not believe that the man with those rippling biceps and strong chest was no more.

I made my way to his house in Rasoi, which was a modest, with a low ceiling. It had a singular small window with iron grills on it. The fan whirred perilously close to my head. There was nothing I could offer his wife except a few words as she told me “khoonch zahar fahal gayaa si”(his blood was infected with poison).

“Koi elaaj”(did you not try for a cure?), I asked.
With a resigned look she told me that Jaswant had opposed the move to spend money on the cure. When asked what her future plans were, she told me she would go back to Chowk Mehta.

“If one has to die – one will die anywhere. He always used to tell me that one day we will go back to fight and oppose the extremists who threatened Hindu-Sikh unity,” she said, choking.

I finally bid her goodbye. As I turned, I saw his cycle propped up against the wall next to the empty egg crates. Images of Jaswant on the cycle with his crates of eggs flashed in my mind.

I went to the silent cycle, kissed its seat, and rang its bell 3 times. As my eyes welled up with tears, his small son gave me a smile and uttered those words which still haunt me, “Bilkul Papaa jaiweh ghanti bajandey ho. (You ring the bell just like Dad).”

Yes, if you heard that ringtone thousands of times – you surely will know how to ring it like Jaswant. I told his wife to take the cycle with her wherever she went. Leaving it would have been like leaving a big part of him behind.

My final words as I hugged her were the same that Jaswant had uttered, “Sabar rakhoh, Wahe Guru thwadaa khyaal rakhoogaa.”(God will look after you all).

It has been nearly 28 years since Jaswant passed away. But I still remember him every time I buy or eat eggs, desi ghee and chicken.
The other day I heard a cycle bell ring 3 times. Instinctively, I looked for him!

God willing, one day I will try to search out his family in Chowk Mehta!

(Kulbhushan Kain is an award winning educationist
with more than 4 decades of working in schools in
India and abroad. He is a prolific writer who loves
cricket, travelling and cooking. He can be reached at
kulbhushan.kain@gmail.com)