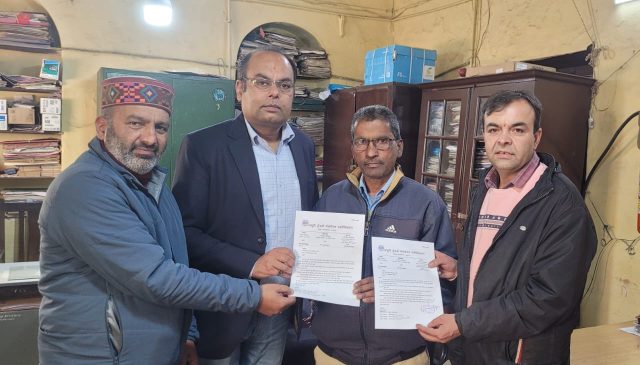 Mussoorie, 14 Dec: Mussoorie Traders’ Welfare Association President Rajat Aggarwal, General Secretary Jagjit Kukreja, Treasurer Nagendra Uniyal submitted a memorandum to the SDM, Mussoorie, stating that the Winter Line Carnival is proposed to be held in the next ten days but, so far, neither the decision has been taken on the programmes to be held, nor has the event been advertised for tourists from the country and abroad.

They have demanded that the chairman of the Winter Line Carnival Committee take action in this regard as soon as possible. All local artists and citizens should be allowed to participate in the events held at the carnival, so that local and mountain culture can be promoted. Along with this, only local dishes should be served in the food festival. Only local citizens, shopkeepers, hotel and home stay owners should get a chance to participate in the food festival.

Garhwal Post has established itself as a credible, balanced and forward looking newspaper in India. Based in Uttarakhand, the daily is read by the aware, socially and culturally responsible, high-income elite of society.
Contact us: info@garhwalpost.in
meeting a new guy dating meme funny