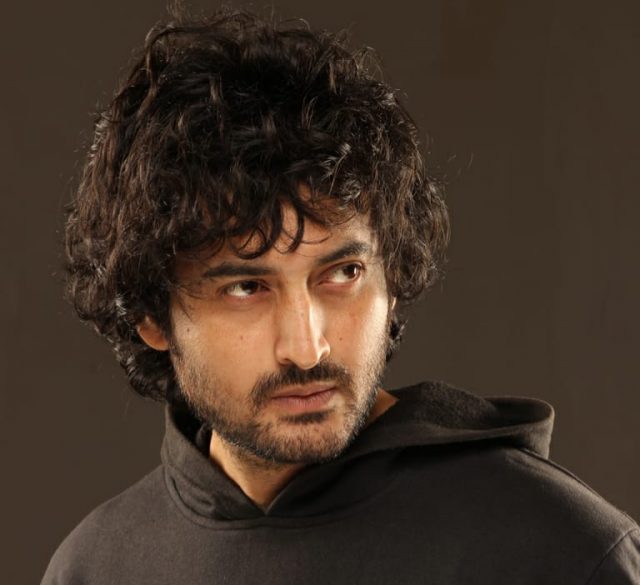 By Anjali Nauriyal
He was appreciated for his parallel lead in ‘ Satya 2 ‘ helmed by Ram Gopal Varma. Later he earned accolades for his main lead delineation in ‘K Sera Sera’ and Sangeeth Sivan’s project ‘ 332 ‘.
He further consolidated his image as a serious actor through his histrionics in the Marathi movie ‘Rajwade and Sons’ directed by national award winning director Sachin Kundalkar.
And the icing on the cake was when he bagged the  best debut Dadasaheb Phalker award for the Marathi film ‘Manya the Wonder Boy’.
Meet Amitriyaan, the young actor hailed as one of the leading stars in the coming years.
His film to watch out for later this year is ‘Dirty Heroes’ ( remake of Hollywood film L A CONFIDENTIAL ) and
‘Atkan Chatkan’ which is a musical with music by none other than the iconic Shivamani .
Asked about his formative years he reveals that it was his  father, who was responsible for instilling in him artistic and creative sensibilities. “A professor at PDKV University he  seeded me with things related to acting , music , poetry etc. I had to do my engineering as my father had promised he would let me follow my dreams if I completed my graduation in engineering which I did and only then moved to Mumbai, he reveals in an exclusive confab.
In his short but amazing career he had the good fortune of doing a variety of roles, but the most challenging role so far has been his role in the upcoming hindi movie ‘Dirty Heroes’. “Inspired by Hollywood film ‘ L A CONFIDENTIAL which was Russell Crowe’s first film I play a grey shaded cop.  There was a thin line in many scenes in this film where I could be positive or negative, but I had to balance these emotions while emoting. That was quite challenging. This film will  release by year end and I am eagerly awaiting its release”, he elaborates.
Talking about his character in tge web series ‘Peshawar’ he feels elated. “My role in this series has a very engaging shade in it and that’s chiefly  due to his unpredictable nature. My character’s name herein  is Nouman who has his own mind and can’t be controlled by anyone including himself . What he would do any  next moment even he doesn’t know. He is that kind of unpredictable brutal psycho and I loved playing him.”
Now that he is back in Mumbai after the hectic Doon shoot he is taking time to relax before taking on another challenging role. Recalling his experience of Doon he averse, “Shooting in doon was special coz of the people I met there. They are warm and passionate for work. I couldn’t get much time to explore the township due to my busy schedule but I would love to visit Doon  again and roam around to understand the flavour and colors of the city more.”
Asked what would be his message for young Bollywood aspirants he quips, “Keep evolving and upgrading skills and for that unlearning something outdated which has become part of your system as an actor is important too. Only then can you learn new things.”

Garhwal Post has established itself as a credible, balanced and forward looking newspaper in India. Based in Uttarakhand, the daily is read by the aware, socially and culturally responsible, high-income elite of society.
Contact us: info@garhwalpost.in
woman looking for man in daveyton https://garhwalpost.in/jos-dating-site/ legitimate senior dating sites