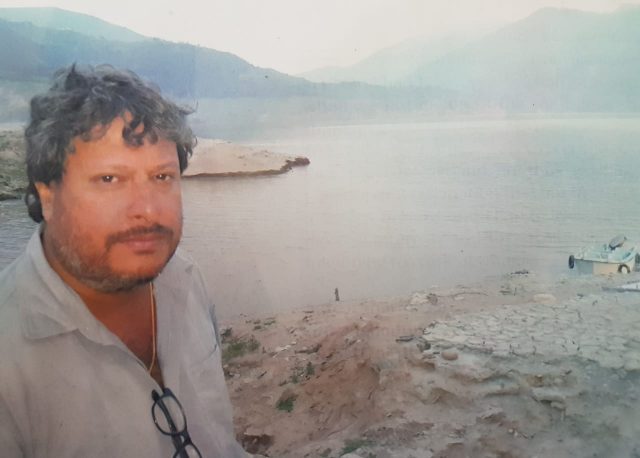 Tigmanshu Dhulia’s much awaited film ‘Yaara’ is all set for release on ZEE5 PREMIUM, worldwide, on 30 July.
What is of interest for Uttarakhand is that it captures the real, down-to-earth and unusual locations of the state. The mountains and valleys of Uttarakhand will yet again gain focus as ideal destinations for the film world. 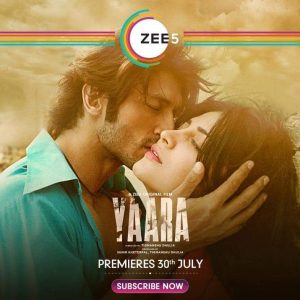 The Tehri Lake too has bagged its pride of place in the film. I recall traveling to Tehri one early morning to catch the shoot of a song sequence. The affable actor Vidyut Jammwal looked his ravishing best atop some remnant of the erstwhile Tehri Palace, that remains submerged in the water during the rainy season. The sight was mesmerizing for any connoisseur of films. A song sequence at the site of Uttarakhand’s engineering marvel, located on River Bhagirathi is the stuff dreams are made of. 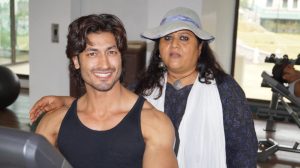 ‘Yaara’ as the name suggests is about friendship and where there is friendship there is bound to be betrayal, heartbreak and the like. I had caught up with Vidyut at the Savoy (Mussoorie Hotel) gym a day prior to the song shoot. “The film’s about regular people and regular friendships. I play one of the four friends in the story and the story then revolves around how the friends grow up together, and how they become men together, and then eventually how they become older men together and the rest of their journey and experiences together,” he had revealed. 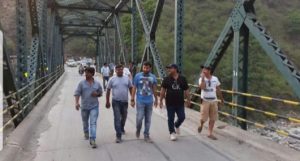 “The film is about friendship, fun, betrayal and love and I am loving my role and above all I am enjoying working with Tigmanshu.” 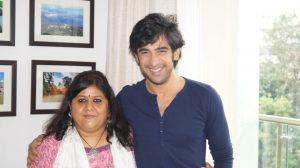 The story has four males with one love interest that is being enacted by Shruti Haasan. “In my school group too, out of ten guys there was one guy who had a girlfriend. Had there been more girls in the film it would have become quite chaotic with four women on the sets. But it’s the director’s story,” he articulated.

During his entire shooting schedule Vidyut never missed out on exercise. 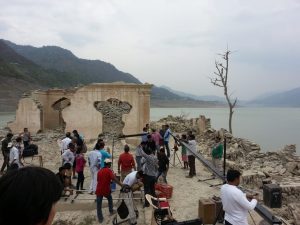 Quizzed about his martial arts training he informed, “It was my mother’s ashram in Palaghat that became my playground for martial arts. This is where I grew up and didn’t train under anybody. I used to watch people and it was like these kids who go on the sets and get trained on their own. So I started learning just hanging around in the ashram, without knowing that I was learning. It just became a part of my life. So when people ask me what I do for fitness, I say I have just been like this.”

During the shooting schedule I also got chance to interact with the endearing actor, Amit Sadh. He came across as someone effervescent to the core, and was delighted to be shooting in Uttarakhand, which he visited often during his adolescence.

He was then 31 years of age, and the verve and energy for life he said he obtained once he began reading books. “Reading opened up an entirely new world for me as an actor, and broadened the spectrum of my understanding. Today thanks to all this influence, I have come to regard acting as an art form instead of a narrow perspective of ‘I am an actor’s, he had underlined.

Further he had few pearls of wisdom for aspiring actors. Amongst those related to his ‘intent’. “I left television after my intent became clear and pure. Getting my intent was the best thing that happened to me. I sold everything I had and got enrolled at the Le Strasberg. People thought I had gone crazy. But my intent became purer and my wants became simpler. I just wanted to be. On the sets too I began enjoying the moment rather than feeling that I have to be the best. And importantly this realization came to me subconsciously. It has been a journey of inner growth and development and today I revel in my state of balance,” he had underlined. “Not only am I reading a lot but also writing my own book which I have titled ‘Nobody is Listening’. This is again my way of enjoying the present moment. “Today life is giving this  talented actor a high, but there was a time when he really had to struggle.”I have done all sorts of odd jobs including that of a security guard. I have walked dogs, washed utensils, and done everything menial that came my way, but at the end of it all it was just role playing and I learnt to survive,” he had asserted with a twinkle in his eyes.

About his role in ‘Yaara’ he had shared that he always wanted to work with Tigmanshu. “I tried hard to meet him but couldn’t. Finally when I met him for twenty minutes we ended up speaking for 3 hours. He is the most visionary of filmmakers in India. He is so rock solid. He excels in his art form. Initially he did not have anything to offer me. But few months down the line he called me from the Indo-Nepal border and said, “I am location hunting for your film. Which film I asked. My film that you are doing he said. And that did it.”

When  the film releases and these two actors get good reviews, it will be a triumphant moment for many. Connoisseurs will be happy to see talent and hard work flourish!

(Dr Anjali Nauriyal is a veteran journalist, author, social worker and actor. Her book ‘Retelling of the Folk Ballads of Garhwal’ has become a regional best seller. As an actor she was last seen in a cameo in the film ‘PM Narendra Modi’).