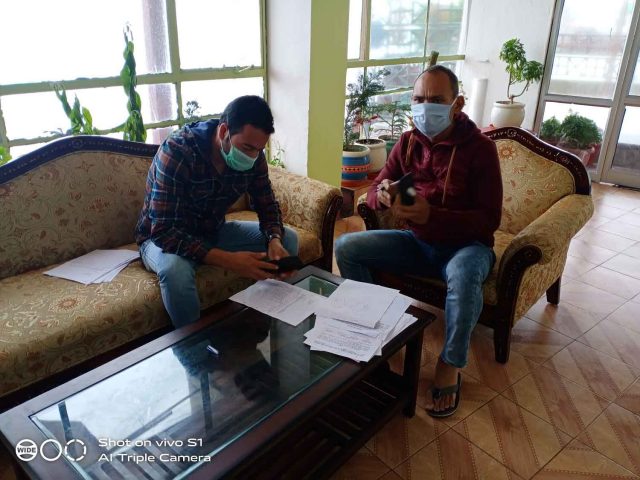 MUSSOORIE, 18 Jun: A 29-year-old woman, who arrived here from Delhi has been found Corona positive. She lives near Cliff Cottage located on Library Road. Dr Virendra Singh Pangti, Nodal Officer for Covid-19, disclosed that the girl came to her home from Delhi on 12 June and was quarantined by the administration in the morning of 13 June at the Garhwal Terrace Quarantine Centre, where her corona sample was taken.
After being reported positive, she was sent by ambulance to Doon Hospital, where she is being treated in the isolation ward. He added that her mother, father and brother, who came in contact with her, have been quarantined at Garhwal Terrace. Soon their test samples too would be sent to Dehradun.
He said that the number of people coming to Uttarakhand from other states is constantly increasing and information about them is being taken at the Asha Rodi check post. However, it is reaching the Covid Cell very late, due to which they are having to trace the people coming from outside in their area, particularly as they are not being quarantined. He urged higher officials to take some steps in this direction soon. Pharmacist Akhilesh Rawat was present on this occasion.