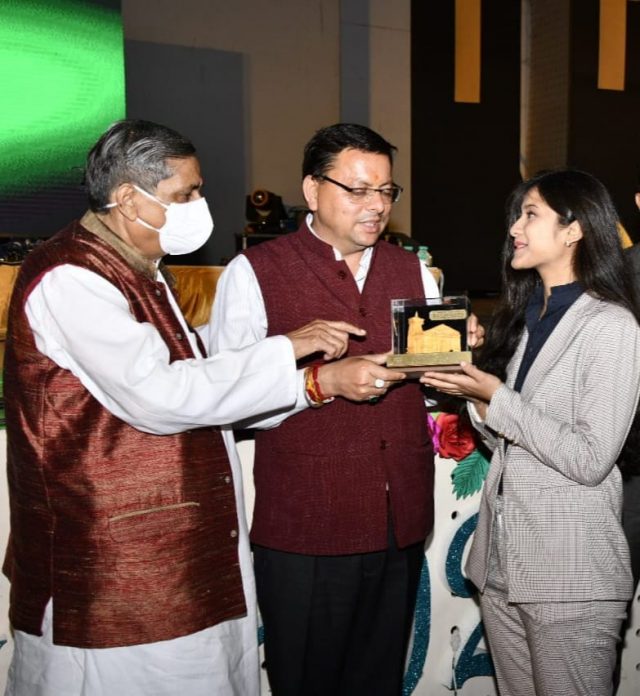 By Our Staff Reporter
Dehradun, 22 Sep: Chief Minister Pushkar Singh Dhami participated in the annual function of The Indian Public School, Ranjhawala (Selaqui), as the Chief Guest on Tuesday. On this occasion, the Chief Minister honoured the meritorious students of classes 10 and 12 as well as players who represented the country in the recent Olympics and Paralympic games and gave away awards to them.
In his address to the gathering, Dhami claimed that the government was working on making Uttarakhand a hub of quality education. Uttarakhand would become the number one state of the country in the coming 10 years in many fields like education, health and business. He reminded that India had been a world guru in the field of education since ancient times and had set up world renowned universities like Nalanda. 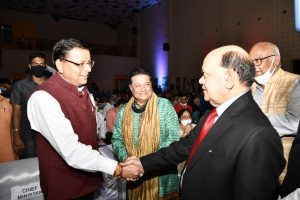 He said that the teachers were given due importance and respect in the Indian culture. Praising the New Education Policy, he asserted that with its implementation, school education and higher education would achieve new dimensions. It would ensure equal opportunities to all classes of people in getting quality education. Skill development at school level would also enable youth to improve professional skills and efficiency under the new policy. 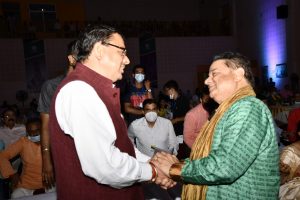 It actively encouraged research and would help in the country becoming a developed nation.
The Chief Minister said that sports had great importance in human society. One could not learn team spirit through education, but it was easily possible through sports. The Uttarakhand Government was continuously promoting sports along with the new education policy to shape the future of the youth. The state would create an environment that players from here could participate at the highest level and even participate in the Olympics, international championships and illuminate the name of Uttarakhand in the country and the world. He reminded that, at the Tokyo Olympics as well as the Paralympics, Indian players had brought laurels to India through their excellent performance.
Dhami added that Uttarakhand was endowed with abundant natural beauty like forests, mountains, waterfalls, rivers and bugyals (meadows). The government was committed to making the state the spiritual and cultural capital of the world with the cooperation of all concerned and moving towards economic prosperity. Along with this, a new sports policy would also be prepared as per the needs of the players. 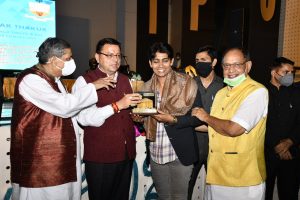 Dhami recalled that a few years ago he had got the opportunity to lay the foundation stone of this school, and today he had come here as the chief public servant of the state. He said that working in the field of education was a bigger blessing than working in any other field. He said that he had worked for the youth since his student life; he always used to go to most of the programmes associated with the students.
On this occasion, the Chief Minister honoured Tokyo Olympics, Tokyo Paralympics and many sportspersons including freestyle wrestling silver medallist wrestler Ravi Kumar Dahiya, wrestler Deepak Punia, Tokyo Olympics bronze medallist hockey player Sumit Valmiki, mountaineer Anita Kundu, etc. On this occasion, MLA Sahdev Pundir, Bhajan singer Anoop Jalota, Hindi poet Surendra Sharma, Chairman of the school RK Sinha and a large number of students were present.

Garhwal Post has established itself as a credible, balanced and forward looking newspaper in India. Based in Uttarakhand, the daily is read by the aware, socially and culturally responsible, high-income elite of society.
Contact us: info@garhwalpost.in
hellotalk dating