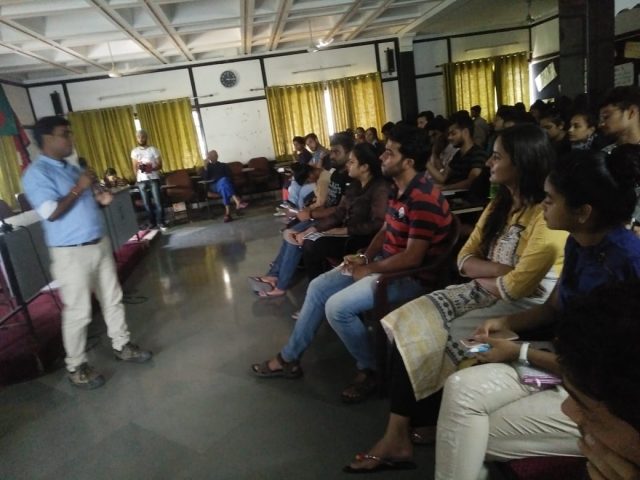 By OUR STAFF REPORTER
Dehradun, 24 Jun: Digital Empowerment Foundation, along with the local partner, Rural Litigation and Entitlement Kendra (RLEK), held a workshop on ‘Digital Capacity, Social Media and Empowerment’, today, at the RLEK Building on Rajpur Road, here.
The workshop aimed at training NGOs, SHGs and CBOs to establish a strong digital identity using new age ICT tools, a social networking platform that would lead towards sustainability. It helped the participants build and focus on their ability to efficiently use social media and WhatsApp tools. The workshop was attended by more than 100 participants.
On this occasion, Padma Shri awardee Avdhash Kaushal said in his opening speech that, because of fake news, thousands of people belonging to the minority population were killed in Myanmar. Also, Donald Trump, the current President of United States, also spread fake news against the opposition party with the help of Russia.
The session was attended by around sixty interns and fifteen NGOs from in and around Dehradun.
Anand Kumar, Project Officer, DEF, conducted the session. “WhatsApp has 25 crores users in India. Most of the messages that are circulated in WhatsApp revolve around fact, fake, opinion and truth. It is important to differentiate between them. When you are forwarding a message that contains fake information, not only are you spreading fake news but also spreading anger,”said Anand.
He cited the example of the mob ‘lynchings’ that took place in Assam centering on the forwarding of a fake video. He introduced the participants to reverse image search, and apps like deep fake that help in identifying fake news. “If you are getting a forwarded link, make sure to check the spelling. Fake links are often full of spelling mistakes,” he added.
“In an era of post truth, fake news has become an evil that has to be countered. It started in the US with President Trump’s campaigns. We have all been witness to the lynchings and other crimes that have happened due to the spread of this fake news. The need of the hour is to learn how to stop its spread,” added Avadash Kaushal, Chairman of RLEK.
“Though we are aware of the spread of fake news, little action is being taken on our part to verify the truth. Workshops like this will help in spreading awareness about the same,” said Abhinav Rawat of Shades of Happiness Foundation who attended the session.