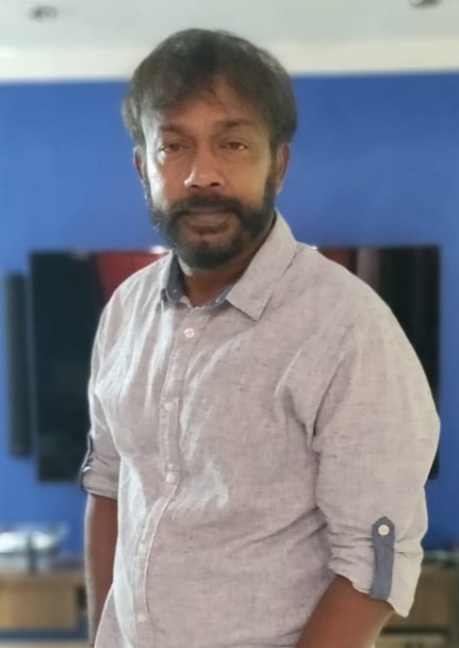 By Sunita Vijay
An action scene requires meticulous planning and pitch-perfect execution. The huge responsibility is shouldered by the action director, who assesses the risk, implements safety measures, plans, ensures the protection of all on set and is prepared for any unforeseen emergency. A good stunt coordinator makes the stunts flow seamlessly and makes them appear as realistic as possible. Experience of seven years in the film industry is a must criterion before taking on this demanding position. 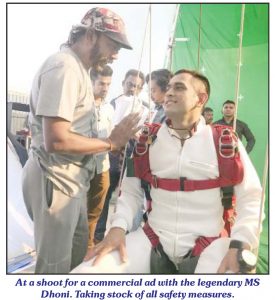 Manohar Verma was born and brought up in Mumbai. He graduated from Bhavan’s College in the commerce stream, and has since been associated with the film industry. His father, Badrinath Prasad Verma, a prominent name in film-making as stunt man became an added advantage in learning the trade. His father not only provided horses in Sholay but his role of a stunt man in the film was also extremly important because the actors were not used to the kind of horse action that a mega film like Sholay demanded. But Manohar created his own niche in the industry with his dedication and professionalism, becoming known for his work in Madras Cafe, Airlift, Mardaani, Mirzapur, Aarya, Gully Boy, Stree, Gadar (assistant coordinator) and defining advertisements including the award winning, “Happydent” ad, that was rated among the 20 best of the century by ‘The Gunn Report’ in 2015 for designing the chandelier that could hold 20 people. It bagged him a certificate at the Cannes Festival. He has done more than 300 commercial advertisements. 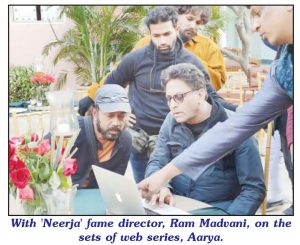 What led you to becoming an action director?
My father has been in the industry as stunt man. Since my college days I worked as an assistant director in his home productions ‘Kroadh’, ‘Vansh’ and ‘Jaan ki Baazi’ and, later, decided to make a career as stunt coordinator. The technicalities, detailing and the gist of my father’s years of experience in the field, all permeated into my subconscious and it has helped me a lot.

I understand that a minute of on-screen action requires laborious planning behind-the-scenes. One silly mistake or careless ignorance can prove fatal. How do you plan your shoot?
Most importantly for any stunt to look genuine, I have to run it through my brain thoroughly while ensuring the safety of the stunt artists and others involved in the shoot. I have to check and recheck to avert any mishap by visualising all possible outcomes. These days’ evolved technology and computer graphics are a good tool, but if they go overboard, it can exaggerate things to mar the effect. So, one has to be judicious.
For example, for the Star Screen Award for Best Action for Madras Café, I was pitted against ‘Krissh 3’, ‘Dhoom 3’, D Day’ and ‘Commando’, for which international action directors were hired, but the jury appreciated my work and natural stunts against the digitally made up ones.

Would you please share some interesting experience from your rich career?
Twenty-four years ago, an unfortunate incident occurred in Film City, Mumbai. A stunt performer died while shooting an action scene depicting a car plunging into the lake and he drowned. After this incident, nobody was ready to perform a car stunt in that lake. I took it as a challenge. Without informing the producer about this location, I discreetly took all safety measures, designed the car with an open roof, provided oxygen cylinders and other aids to ensure the stuntman’s safety. It went flawlessly and the jinx was broken.

How much of an action film’s success run on the shoulders of the movie’s action director?
Action direction is an important component of film-making. In an action-oriented film, the responsibility increases manifold. Stunt coordinators work closely with the director to realise her vision and ensure the safety of the artist, cast and crew. We have to spend a lot of time in planning before finally implementing it. Experience plays a crucial role here.

Please describe your experience in Dehradun while shooting for your latest film, ‘Jersey’. Would you like to revisit Doon and shoot again in Uttarakhand?
I just loved it. Uttarakhand is so rich in terms of natural beauty. The residents are extremely friendly and helpful. Our shoot at the Doon School was excellent. We had a free hand on the campus and the administration provided full support and cooperation. A few scenes were shot in Haridwar and Rishikesh, and the experience was exhilarating. The natural ambience of this state has added charm and value to the film. If an opportunity arises, I would like to come back.

Manohar has been working on Shahid Kapoor’s ‘Jersey’ and Rajkummar Rao’s ‘Rooh-Afza’, which are to be released soon.