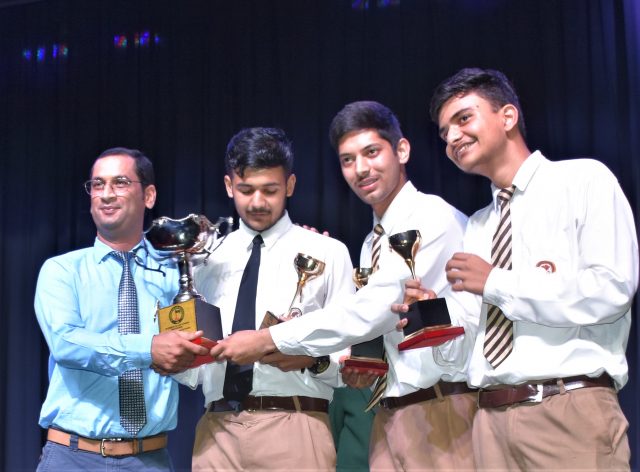 MUSSOORIE, 15 Sep: Wynberg-Allen School organised its first invitational Science Quiz, ‘Scientia-19’. As many as 17 schools from Dehradun and Mussoorie took part in the daylong event. After the preliminary written round, the schools that qualified for the Final Round were Doon International School, Jaswant Modern Senior Secondary School, Shemford Doon School from Dehradun, and CJM Waverley, Wynberg-Allen School, GNFC Vincent Hill from Mussoorie. The team from Doon International School comprising Shivank Devliyal Saumya Panwar and Siddharth Sharma was the Overall Winner of the competition. Vinayak Ohri, Navneet Verma and Anurag Bhardwaj of Jaswant Modern Secondary School were the 1st Runners Up. Shemford Doon comprising Niharika Goel, Vartika Thapa and Shreya Pant was 2nd Runner Up. P Radcliffe, Headmaster, Wynberg-Allen Senior School, gave away the trophies to the winners. The Principal congratulated the winners and thanked all participating schools for making the event a big success. He also thanked the science department for its hard work in organising the event.