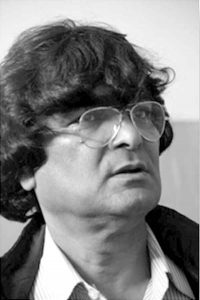 Normally, I desist from commenting or writing on issues related to politics- for the simple reason – I become apprehensive, nay!, afraid (let me not mince my words) lest I should be trolled, abused or subjected to vulgar insinuations by some foul-mouthed commentator. To be subjected to all possible slurs and derogation simply because someone, somewhere, obsessed with a perverse ideology, is not ready to listen to you -does not make much sense. Disagreement as such, of course, is far healthier. It stirs fair debate. You learn and unlearn quite a few new things; you grow. But expression of a supposed disagreement in the form of slurs and libel becomes highly frustrating at times.

When you share your political perspective on a social platform it is expected of you that you wear either a pro or an anti stand to an established political ideology/party. Without earning the title of being a sympathiser of that particular party/ideology you just can’t afford the luxury of appreciating a good action initiated at the public level. If good work on its own done by an organisation like the RSS at the time of crisis is appreciated by you, you are dubbed as a sanghi with all the demeaning connotations of the sobriquet. I recently upheld the spirit of some Muslim youth who arranged the cremation of a lonely Hindu fellow, also asking why such incidents couldn’t be shown by the media with prominence. Very quickly they adorned me with the title of pseudo-secularist, anti-Hindu and even a moron, a nincompoop who failed to see the nefarious design behind this ostentatious generosity, which actually was a trap to befool idiots like me. They even had a name for this allegedly age old trick that is – ‘al-takiya’. So the verdict is clear- either be a zealot, uphold all that is being done without discrediting even what you feel is wrong or simply be a diehard opponent, use all fear and foul to prove it wrong. Using your discretion to conclude what is right or wrong is nothing short of blasphemy- at least on a public platform.

Look at the posts on Nehru and Gandhi in the social media these days. They are either demonised or extolled to godhood. You just can’t afford highlighting the fact that they both were after all human beings with their respective human weaknesses. Neither were they infallible nor were endowed with a godlike absoluteness (none in a human frame can ever have these attributes). In his book ‘Of a Certain Age’ even Gopal Krishna Gandhi tacitly alludes towards certain limitations of Gandhiji. Both, Gandhi and Nehru did commit mistakes, even blunders, indeed, they both had personality flaws. Yet, these flaws and mistakes alone do not constitute their respective identities. A lot more is there that makes the nation indebted to them. They just can’t be thrown into a bin like that. The irony is, you are expected either to justify all that is done by this duo or simply a downright condemnation of all their actions should be your stand. I somehow am not aware of any great leader in the world who is known for never taking a wrong decision, always doing things right. Despite all sincerity and commitment at times results have been diametrically opposite to what was expected. Committing mistakes and miscalculations is just human.

Otherwise, also, how can you say that two plus two always makes four in real life situations also?
However, if the trend is either to demonise or to deify -then it is better to confine yourself to the spectator’s gallery.

(The author is an amateur filmmaker, a photographer, and a writer, who has written over a thousand write-ups, reports, etc., published in the leading newspapers and magazines of the country. He can be reached at pant.rajshekhar@gmail.com)