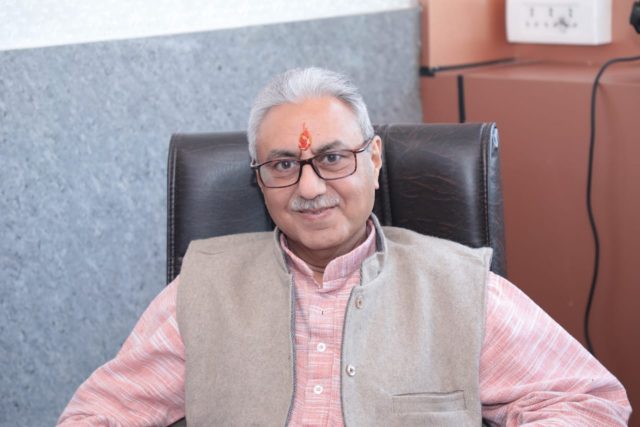 By Vipul Dhasmana
“Yesterday once more … Song by The Carpenters”

All my best memories,
Come back clearly to me,
Some can even make me cry,
Just like before,
It’s yesterday once more.
The daily Garhwal Post celebrates its 25 years of publication this year and Satish Sharma, Editor, had been trying to reach me. He wanted me to write an article.

Little did he know that I was hospitalised in Military Hospital, Dehradun, and undergoing post surgery treatment. I shared with him my bad luck that being just one and a half kilometres distance of the celebration venue, I would not be able to attend it.
Well, I am on my tablet trying to meet the deadline that ends in next three hours to submit my piece. Fortunately, I have had enough time to think over the night recalling my association with Garhwal Post as its regular Special Correspondent in the early 90’s.
‘Journalism is literature in a hurry’ used to be quoted by Ashok Misra, News Editor, Garhwal Post, who was associated with the newspaper since it was a weekly published on Friday night at MicroMint.
Today, as it always has been in the past, Garhwal Post has built its reputation as the finest newspaper of Uttarakhand. The reach in those times was spread over many countries, through the network of friends and relatives of citizens residing abroad who looked for a medium to remain in touch from their homeland.
From a popular weekly to a daily newspaper with an online presence, it is within reach of the entire world. I miss the excitement of day and night companionship of the group.
I took over from Rajendra Bansal from the third edition of weekly Garhwal Post, later to be associated with Hindustan Times, Eenadu, etc., including online news portals, and handing over to the late, Digvijay Singh Rana.
I graduated to Consultant, Corporate Communications, under the guidance of Dr Sanjeev Chopra who had held many key positions in Government of India and Government of Uttarakhand. For the first and only time in my 59 years, I have been mentioned by Dr Sanjeev Chopra in one of his books, ‘Twenty Thousand Crores’. It feels good to be recognised.
On Record was the popular outreach publication of the Government of Uttarakhand, which was edited by me. By the way, off the record, I hold a diploma in ship construction and naval architecture and have served the Indian Navy for a decade and a half.
Coming back to the editorial policy of Garhwal Post – we believed in journalism without being biased. It was left to our readers to interpret. We have been enjoying our professional and personal relationships, and, why not, the newspaper was our mission.
There were days that were spent journeying on Satish’s scooter and, at times, walking alone to witness events to file reports. We had the patronage of Upendra Sharma, a true gentleman. He is tough from appearances but tender at heart. He stood by me in difficult times.
Politicians were never my favourite subject as I focused more on social issues. There have been many prominent personalities interviewed by me including HH the Dalai Lama.
The post surgery medication is again fading my memories. Someday, for sure, I will write them for our dear readers. I would like to thank all the readers and people with whom my association built up because of Garhwal Post and specially my friends from the media. Time will come soon when I would meet you, in person.
Heartiest Congratulations to team Garhwal Post for the 25th memorable year, and many more to come.