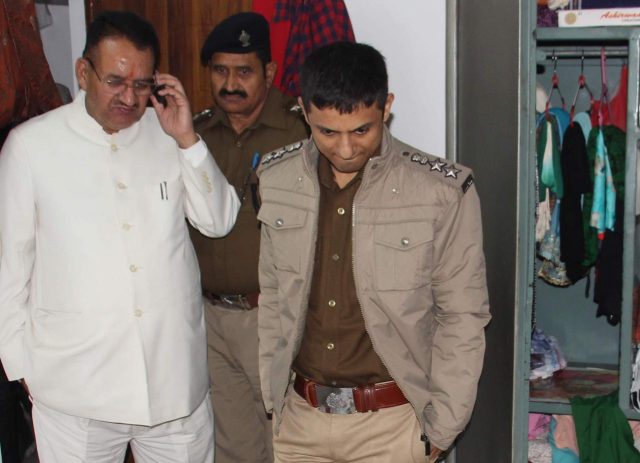 DEHRADUN, 31 Oct: The daylight murder of an elderly lady in a densely populated Dehradun colony has again raised questions about the quality of policing in the state capital. The crime apparently appears to be a robbery related murder and shows how fearless the hardcore criminals in the state capital have become. It was between 2 and 4 p.m. today when some robbers entered the house of Pravesh Chaddha and murdered his wife, Gulshan Chaddha, aged around 65 years, who was alone at the time of the incident. The murderers also appear to have robbed the family of an unknown amount of valuables, according to sources in the Police, as well as the neighbours. Pravesh Chaddha, husband of the murdered lady, is a resident of 124 Doon Vihar, Rajpur Road (the site of the crime), and works in a hotel on Rajpur Road, while their son Sunny Chaddha is an employee of ICICI Home Insurance Company. 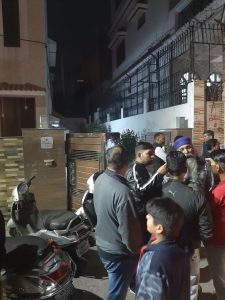 The daughter in law, Divya Chaddha, works for a private bank in the city. All of them were at their respective jobs when the incident occurred. The couple also have two daughters who are both married and live with their spouses elsewhere. It is suspected that the lady might have resisted the robbery and was strangulated. It may be pertinent to note that Doon Vihar is a very densely populated colony but even then the criminals showed no fear in committing the murder and decamping with the valuables of the house. It appears that the murderers had done their homework properly and done a recce of the spot. When the family discovered the crime, they rushed the victim to Max Hospital where she was declared brought dead. The body is still lying in the hospital and it will be taken for post mortem tomorrow. After the incident, SSP Arun Mohan Joshi and SP City Shweta Chaube visited the site. Speaking to Garhwal Post, SP Shweta Chaube disclosed that the post mortem would be carried out tomorrow and the real cause of the death and whether at all it was murder would become known only then. She said that once the cause of the death was ascertained, the police investigation would begin in full earnest. The Police was not ruling out any angle as yet. Sources disclosed that there was a CCTV camera in the house adjacent to that of the victim and the Police were expected to obtain the footage and scan it thoroughly. While the footage could possibly reveal the identity of the culprits, the questions that the murder has raised are very serious. Police may be able to nab the criminals after the investigations and with the help of the CCTV footage, but the bigger question is how fearless the professional criminals have become in the state capital. The criminals conduct reconnaissance of the area and observe the movements of the targeted family members but are never spotted by the Police before the crime. This has happened in a number of cases recently and goes on to prove that there is no effective police patrolling in the city. There is a City Patrol Unit set up by the Uttarakhand Police but its 24 hour duty now seems restricted to conducting checks on two wheeler vehicles especially driven by young men and women and booking them for not wearing helmets, not carrying documents of the vehicle or driving licence, etc. Its members do little beyond this, although they are supposed to patrol the city and keep a tab on illegal or suspicious activities. Besides this, intelligence gathering by the Local Intelligence Department of the Police also appears restricted to reporting on trade union meetings and political activities. The Police officers claimed before Garhwal Post that there were no apparent injury marks on the body and the real cause of death could be known only after the post mortem which would be conducted tomorrow. Meanwhile, the local MLA, Ganesh Joshi, also reached the spot after learning of the incident and called up senior police officers urging them to solve the case on an urgent basis.