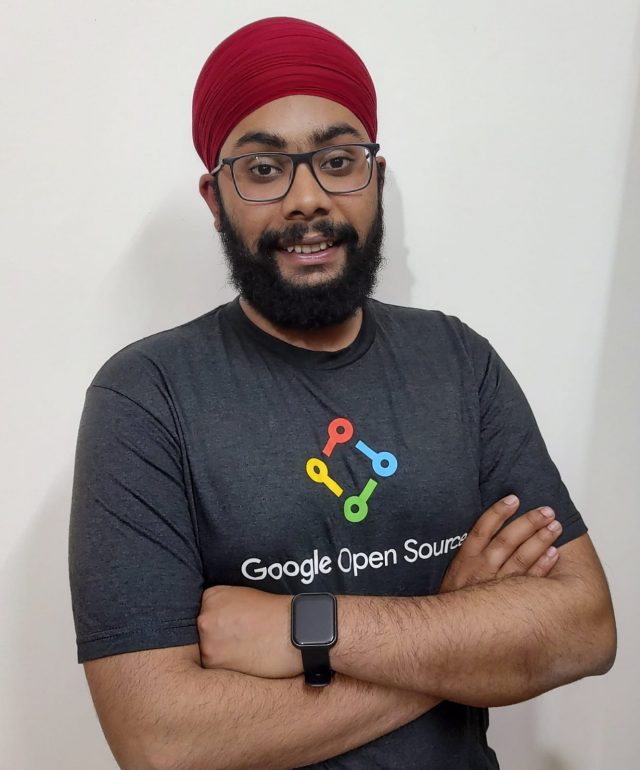 DEHRADUN, 18 Dec: Jaskirat Singh, a Computer Science student took admission in UPES with a 100% scholarship given his intelligence and accomplishments in the field of computer science. He is a research enthusiast inclined towards Artificial Intelligence, Machine Learning, and Automation Robotics, and has always looked forward to helping build solutions for a better tomorrow. In 2018 Jaskirat was invited to Google Summer of Code (GSoC) and Google Mentor Summit in Sunnyvale, California, with full sponsorship. And at the age of 18, he was proud to be the youngest mentor at the Google open-source programs. This was nothing but a dream come true for Jaskirat and it all started at the age of 14 when Jaskirat decided to participate in the Google Code-In (GCI) contest. While he tried to win the contest and avail the grand prize of a trip to the Google HQ in USA, his inexperience in coding resulted in his losing the competition. Although he met with failure during his first attempt, this failure taught him a valuable lesson. He spent about a year becoming better acquainted with software and technology. He began contributing to Sugar Labs’ Turtle Block, a free opensource software learning platform where he acquired the required skill sets which helped him in becoming a member of the open-source community’s development and outreach team inside Sugar Labs. In 2016, he went ahead and founded the Codeuino community. Commenting on the community Jaskirat says, “Codeuino is a volunteerdriven non-profit open-source social networking organization that wants to change the way other communities use and create open-source socialenvironment tools to better align with end-user expectations.” The turning point in his life was when in 2017, Walter Bender (founder of Sugar Labs and a former MIT Media Lab executive director) invited him to serve as a GCI mentor. He worked on different types of research projects with him which had the potential to provide the entire world with real workable solutions. There he got the opportunity to advise pre-university students in open source which indeed made him want to contribute further. Jaskirat says, “After serving as a GCI mentor I got the opportunity to mentor at GSoC and Google Mentor Summit. This was a great achievement for me. I remember spending months networking, researching, and meeting new people at Google HQ, California, USA. People at Google have been wrong tirelessly to make Google Research programs better and being one among them was a proud moment for me and great learning experience.” He adds, “My journey from failing at a Google Coded In contest to becoming the youngest mentor at Google Open-Source Programs has been great. I have gained immense learning and experience from industry veterans, and I hope to continue contributing and developing great technology worldwide.” Currently, Jaskirat spends most of his time doing research and development in collaboration with different Professors across the globe. He is working as a Research Intern at IIIT-Delhi and has contributed on multiple types of research at UPES. He has also been mentoring and administrating young-minded people across the globe within major Google development programs like Google Summer of Code, Google Code-In, Google Season of Docs, Rails Girls Summer of Code, Major League Hacking program, and The Linux Foundation’s CommunityBridge Mentorship program. He has had the opportunity to work with people like the vice president at The Linux Foundation and a former MIT director. He has earned titles like Open-Source Research Strategist and Tech Diversity Community Management Specialist, and is now developing and improving computer-based technologies, systems, and solutions.