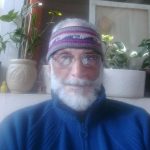 It is owing to the unfortunate reality of our public services’ delivery system and its attendant mechanism which obtains in Uttarakhand that the Trivendra Singh Rawat Government came up with a Public Grievance Redressal Scheme as a laudable and worthy initiative. This is known as the CM Helpline1905, in Uttarakhand. While, there were such orders which existed earlier and were promulgated in 2013, 2016 and 2017 but with the Integrated Voice Response facility ( IVR) becoming operational in Uttarakhand, this scheme got integrated into it and became more responsive and accountable with the availability of the toll free telephone number 1905.

With the manifest intent of the BJP government, under the committed leadership of its Chief Minister, to provide good governance to the people of the State became one of its stated priorities and the government aligned itself to realising and achieving its people-centric and friendly aim.

Owing to the indifferent and lackadaisical attitude of the various Government authorities and departments, which are responsible to the people of the State for delivering public services in a prompt, appropriate, transparent and just manner, there is a crying need to ensure this through a ‘Systems’ based mechanism, thereby enforcing accountability of all those who are paid from the Government exchequer to perform their designated duties, and which lends itself to alleviate the numerous problems that the people of the State face in their day to day life. Truth is to be found in the fears, sorrows, in the frustrations of daily living; because that is the reality we live in. If we do not understand that, merely to understand some abstract reality is an escape, which leads to further misery.

It is our experience of over 20 years of governance, ever since Uttarakhand was carved out as a State from the administratively unmanageable Uttar Pradesh, that the political leadership, bureaucracy and businessman nexus came into its own here and inter alia robbed the people of their just rights and entitlements. This ushered in an environment of financial and material corruption as one has never seen before. The departmental officers without exception became so consumed by their newfound authority that they used the administrative powers vested in their offices to manipulate and milk the people in a quid pro quo of ‘Give with the Left hand and take with the Right Hand’. To serve its political masters, the bureaucracy and its subordinate department officers are embroiled in a rat race of also making money from the people, by asking them to pay for that which is rightfully theirs and yet are made to plead and grease the palms of these corrupt government officials. Only because, the ‘Cut’ is an unwritten law and understanding, which defines it and is deep-rooted in the list of beneficiaries who range from the Top to Bottom and hence the provision of appealing to a higher authority for a just redressal is made redundant and ineffective.

Taking a page from the Federal Government’s Centralised Public Grievance and Redress Monitoring System (CPGRAMS) initiative, which obtains for a similar purpose in the service of the people, Uttarakhand, too, followed suit and put available technology to good use by capturing all complaints, suggestions and government apathy towards functional accountability of Government servants into an IT enabled portal for periodic monitoring and satisfactory disposal. The Government of Uttarakhand midwifed this noble scheme under the Mukhyamantri Helpline 1905 through its order dated 8 February 2019 and gave it a most ennobling tag line – ‘Sarkar Aapke Ghar’. This indeed is sweet music to the ears of the distraught people of the State, who have been made to run from pillar to post and pay hefty grafts for getting something done through the various government departments, which in fact is their RIGHT and must be ensured to be provided through the Good Offices of the State Government.

This scheme has put paid to the hubris and the false sense of entitlement which the government officers and the subordinate bureaucracy of the State had been experiencing till now, only because it introduced a sense of accountability and transparency in the public delivery system and its associated mechanism. It has been about two years that this Helpline has been on the ground and we have already started witnessing its disruption by the State Bureaucracy and the Department Officers, who have been reined in and disciplined by its protocols and procedures. Hence, in their skewed perception of their officialdom, they are worst affected by the accountability imposed upon them through the tenets of the CM Helpline 1905. The Scheme encompasses a time bound resolution of the issues registered therein but it is this aspect which is most violated and transgressed. The best tried and tested ruse of delaying the just and transparent disposal of complaints by the concerned Government authorities is by complicating, sidetracking, confusing and obfuscating the issue and keeping it in a perpetual state of orbit. And, one gets to see this in full play here in the Government of Uttarakhand.

I make this assertion and averment from personal experience. In the past two years, as there are certain issues which vex my sensibilities and infringe natural justice and fairness, I had registered about 250 complaints on the portal which concern matters under the locus of 5 different Government departments. Each of these complaints has in it the potential to be addressed and resolved within the time limits imposed under the scheme, which is between 28 and 56 days at the most. But, we are in the 600th day of the complaints with no resolution in sight in the near future. Essentially, what is happening is that the departments concerned are putting to test the resolve, persistence and patience of the people to pursue with their complaints and resultantly frustrating the complainants so comprehensively that they quit in disgust and hyperventilate, cursing the CM and his flagship Scheme the Mukhyamantri Helpline 1905. The ‘Babu’ has insidiously driven a nail in the coffin of this people-centric and friendly Scheme, which if implemented and managed in earnest does have in it the potential to substantially mitigate and alleviate the several problems which the people grapple with on a day to day basis.

It is, therefore, my unsolicited counsel to the Chief Minister that, rather than face the opprobrium of the people who slam the CM Helpline1905 on a regular basis and for which he is, per se, not responsible, it would be better if he came down with a heavy hand on the Government and made the Chief Secretary, Mandal Ayukts, District Magistrates and Department Heads personally accountable for the premature death of a Public Interest initiative taken by him in the interest of the masses who have put him where he is today.

It is for the Chief Minister to resurrect this public grievance redressal scheme and inspire confidence in the hearts and minds of the people of Uttarakhand, who are enthused by its ideals and aims. After all, the scheme draws its name from the office of the First Executive authority of Uttarakhand and hence he must safeguard and protect it from the prowling marauders, who are fence-sitting to watch it earnestly collapse under its own weight of Bureaucratic Apathy.