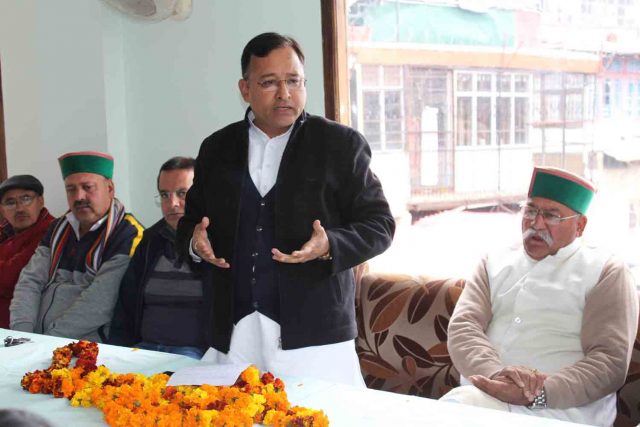 By OUR STAFF REPORTER
MUSSOORIE, 9 Mar: Congress President, Rahul Gandhi, is coming to Uttarakhand to address a Parivartan Rally organized by the Congress Party at Parade Ground Dehradun on March 16. To make the rally successful Uttarakhand Congress leaders are holding meetings with the congress workers in the state and instructing them to participate in large numbers.
Dehradun Congress District President Sanjay Kishore held the meeting with Congress workers in Mussoorie and asked them to participate in the rally and make it successful.
He said huge numbers of congress workers will be present at the Parade Ground under the leadership of Uttarakhand Congress President Pritam Singh to welcome Rahul Gandhi. He said that Congress party is not doing any kind of politics on the martyrdom of martyrs but it was done by Bharatiya Janata Party. He said that even after victory in Pakistan’s 1971 war no benefits were sought by the Congress Party. He added that many promises were made to the people of the country in 2014 elections by the Modi government, in which main were to provide employment to two crore youth, increase in the business of the people and income of the farmers, but unfortunately nothing happened.
Kishore further added that clear reports were not presented by Modi government on Rafael deal and that it was a scam of more than 30 thousand crore.
Sanjay said that Modi government wants to take over power by playing with the feelings of the people, but now it will not happen because the people have understood the game played by PM Narendra Modi and leaders of BJP party. He said that now the double face of BJP has been exposed
And now the people of the country are looking towards Congress Party and in the upcoming elections congress party is bound to win maximum seats and form the government at the center in the leadership of Rahul Gandhi.
On the occasion Former MLA Jot Singh Gunsola, former Chairman Man Mohan Singh Mal, Mussoorie Congress President Satish Dhaundiyal, Sandep Sahni. Mahimanand, Bhagwati Prasad Kukreti, Ramesh Rao, Madhuri Nautiyal, Bharosi Rawat and many others were present. 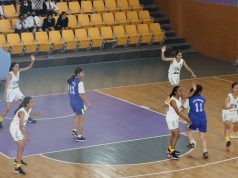 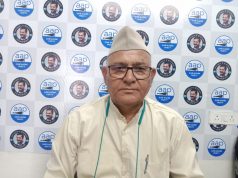 Garhwal Post has established itself as a credible, balanced and forward looking newspaper in India. Based in Uttarakhand, the daily is read by the aware, socially and culturally responsible, high-income elite of society.
Contact us: info@garhwalpost.in
https://garhwalpost.in/free-local-single-dating-sites/ find a cougar online free dating millionaire sites