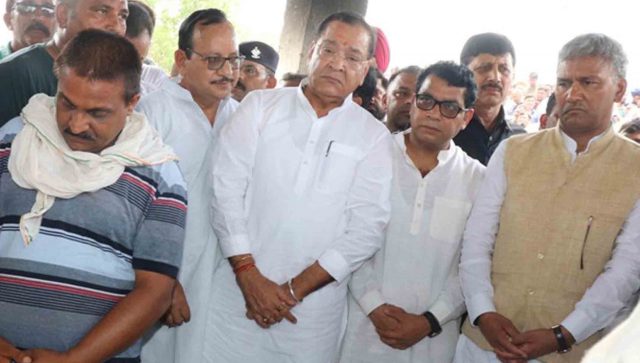 By OUR STAFF REPORTER
Gadarpur, 26 Jun: Ankur Pandey, the younger son of State Education Minister Arvind Pandey, died in a road accident late last night. He was 24 years old. One of his friends, Munna Giri, also died in the mishap, while another, Gyanendra is in a coma.
Ankur’s last rites were performed here, today, at the Gularbhoj Cremation Ground.
Among the large number of people present on the occasion, apart from the family members, were Chief Minister TS Rawat, former CM Bhagat Singh Koshiyari, Cabinet Minister Yashpal Arya and several MLAs.
According to information received, Ankur was going to Gorakhpur to attend a wedding along with his family friends. The car was being driven by Ankur and at about 3 a.m. on the stretch between Fareedpur and Rajau near Barielly, they were involved in a collision. They were taken to hospital, where Ankur and Munna passed away during treatment. The third friend is in a coma.
Ankur’s mortal remains were brought to his home in Gularbhoj, Gadarpur, where a large number of people turned up today to pay their homage. Minister Pandey, who was in Dehradun for the Vidhan Sabha session, reached home at 10 a.m., today, on receiving the sad tidings.