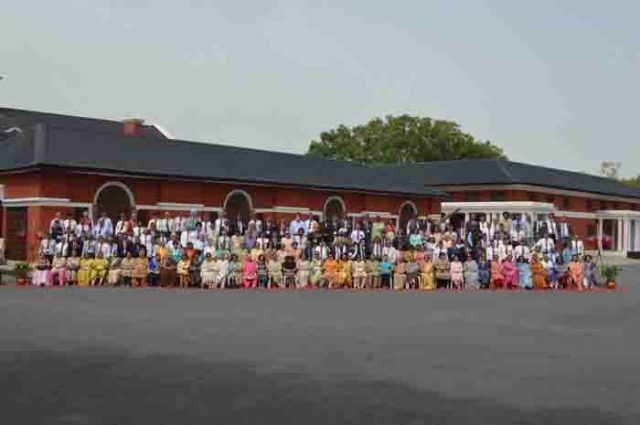 By OUR STAFF REPORTER
Dehradun, 13 Jun: Officers of the 43 Regular Course and the 27 Technical Course, who passed out from the Indian Military Academy, here, on 15 June 1969, have congregated in the premises of the Academy to celebrate the Golden Jubilee of passing out. The veteran officers and their spouses are being hosted by the Academy.
On the first day, the officers were welcomed in the Khetrapal Auditorium and briefed on the changes that have taken place in the last fifty years.
The second day’s programme included a wreath laying ceremony at the War Memorial to honour the fallen comrades. It was followed by a tour of the Academy to witness the changes that have taken place.
It was a nostalgic trip for the veterans, who are entering their seventies. A visit to the Academy invokes the same spirit of camaraderie and bonhomie that existed fifty years ago when the veterans passed out from the portals of the Chetwode Hall in the prime of their youth.

Garhwal Post has established itself as a credible, balanced and forward looking newspaper in India. Based in Uttarakhand, the daily is read by the aware, socially and culturally responsible, high-income elite of society.
Contact us: info@garhwalpost.in
https://garhwalpost.in/best-dating-apps-for-35/ best dating sites for over 30