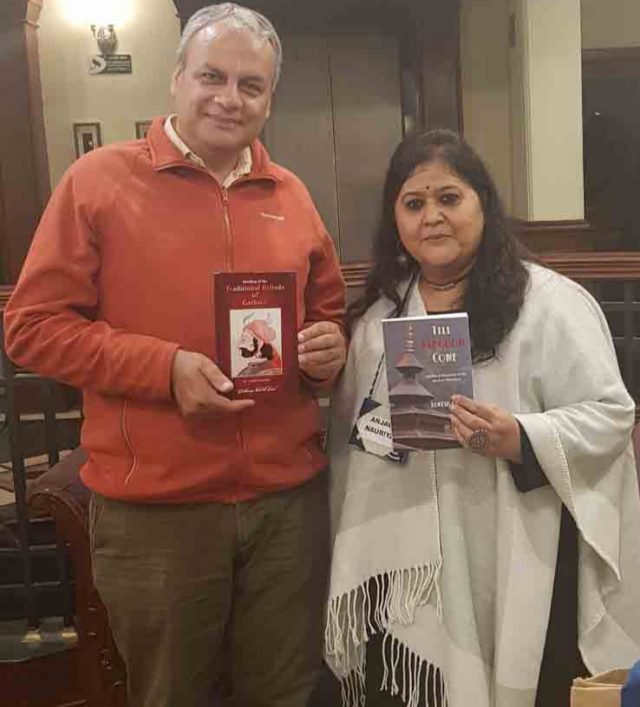 DEHRADUN, 15 Nov: On the inaugural day of Valley of Words Lit Festival here, today, a special session on the ‘Garhwal Himalayas: Ballads, Songs, Myth and Magic’ was the highlight. Conducted by well- known social activist Anoop Nautiyal, who was in conversation with Anjali Nauriyal and Lokesh Ohri, the session featured two books on Garhwal Himalayas, titled ‘Retelling of the Traditional Ballads of Garhwal’ and ‘Till Kingdom Come: Medieval Hinduism in Modern Himalaya’, written by them, respectively. Nauriyal’s book is an attempt to call to mind some of the foremost ‘Gathas’ of Garhwal for the adolescent readers and, at the same time, an effort at salvaging them from a position of near indifference. Ohri’s book is set in Jaunsar Bawar and focuses on Mahasu Devta as a divine king. Mahasus are revered as four Brother-Gods with territories assigned to each deity. They are considered Gods of Justice. The book deals in folklore of the region and historical records and current ethnographic research to bring out important elements of change and transformation in Jaunsari society on issues like caste, animal sacrifice and democratic institutions.