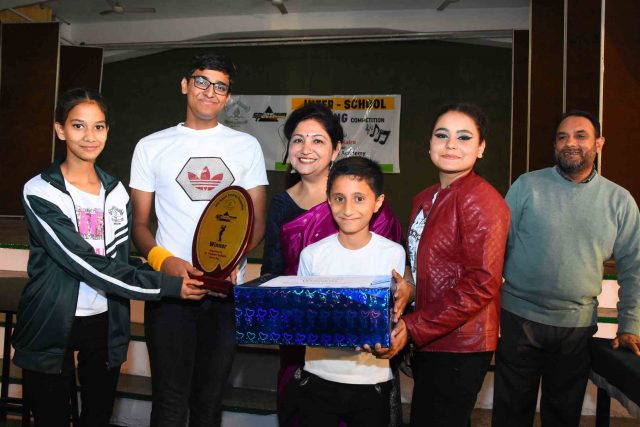 Dehradun, 17 Nov: An Inter-School Singing Competition was organised by St Thomas’ College on Saturday as a part of the ongoing school festival, ‘Spectrum-2019’.
Five schools participated – St Joseph’s Academy, Carman School-Dalanwala, St Jude’s School, Shemford Doon School ánd St Thomas’ College.
The programme was held under three categories, English Solo Singing, Hindi Duet Singing and English Choir Singing. The singers were restricted to singing songs only from the 1980 to 1990 era, which added a twist to the competition.
The entire campus vibrated with the melodious songs presented by the participants and the music was further embellished with a mesmerising performance of background dancers colourfully dressed.
Surabhi Gurung of St Jude’s School was declared the winner and the runner-up was Serena D Mann of St Thomas’ College and in the Solo Category Atharv Raturi and Rhea Sabharwal of St Joseph’s Academy were declared the winners and the runners-up were Kushagra Keshav and Shraddha Chakraborty of St Jude’s School. In the Group category, St Thomas’ College was declared the winner and St Joseph’s Academy, the Runner-up. As St Thomas’ did not contest for the overall trophy, the overall winner was St Jude’s School and the runner-up was St Joseph’s Academy.
Chief Guest PS Kalra, Principal, Guru Nanak Academy, addressed the gathering. Mrs Kalra gave away the prizes. Among those present were Mr & Mrs GIG Mann, M Gardner, Mr & Mrs Raghav Chhabra, Mr & Mrs RJ Gardner, D Chahal, Rhythm and E Pundir.
The vote of thanks was proposed by Principal RV Gardner.