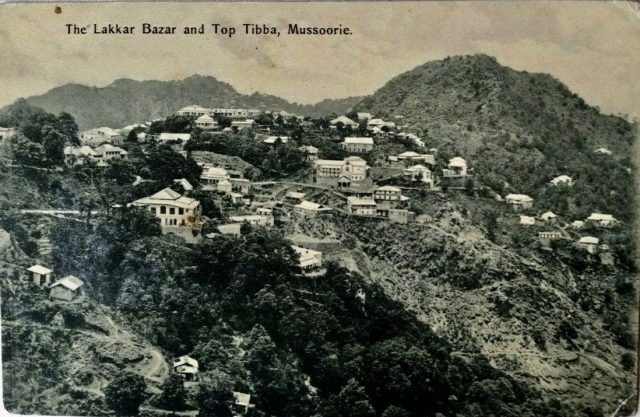 “Man does not live by bread alone!’ intoned Mr Biggs, our school principal. Of course, like hungry school children anywhere, we knew it was difficult. And that was precisely why we waited for the double-rotiwala. They went from house to house, all over these hills, with a blue trunk precariously perched on their heads. When flung open, it revealed the aromas of Anglo-India – with a touch of freshly baked loaves, confectionaries, fudge, stick-jaw, naan-khatais, cakes, marzipan and pastries – rising in the air.
Azim’s had his bakery on the short-cut that went past Landour’s Gospel Hall, while his brother Karim was further afield helping
Maula Baksh, stoking those wood-fired ovens on Camel’s Back road. Sundown would see smoke rising from the recesses of Bakery Hill and Mansa Ram Cricket, where the day began with the kneading together of flour, sugar, salt, yeast and water. This was followed by the leavening, then proving or ‘the second rising’ before finally baking bread.
My friend of old, Ron Way, now living in retirement in Kyogle, outside Brisbane in Australia, spent his growing up years in Vincent Hill. ‘I can still remember the warmth of the fresh loaves as I carried them home,’ he wrote to me. ‘Couldn’t resist gobbling one up but my mother, she could never figure out why she only got one loaf while being billed for two!’
‘It’s taken me all these years to figure out that all along she knew what was really happening but she was not telling.’
I still remember around 1960, we were introduced to the delights of sliced bread by Panditji of Star Bakery and Gunanandji of Standard Bakery. But later the arrival of Motilal Vaish’s mechanizing Barlow Bread was to change things forever.
I think around 1986, after years of working in Egypt, Andy Verma, decided to come home. He hoped to bring a touch of Paris and Europe to these hills, by opening a bakery outlet at the bottom of the steps of Kulri’s Kwality Restaurant. No! It was certainly not an ordinary bakery crying: ‘Come! Check out my buns!’  Here folks saw exotica: brioche, plumb Danish pastries and almond croissants where the flakes were raised to perfection. In tribute to his Swiss teachers, from whom he had learnt the fine art of making perfect hand rolled butter dough, he named the place Le Suisse.
One day, arrived at the local bank, checking out his account, he heard the bank manager cry: ‘Arrey woh Le Shoes ki file lao!’ (Bring that La Shoes file!)
‘Of course I did try telling him that we had nothing to do with shoes,’ says Andy. ‘But who was listening?’
‘Accha! Achha! Swiss-wali file!’ he persisted. (Okay! Okay! Bring the Swiss file!)
‘I corrected him one last time,’ Andy remembers, adding: ‘But by then he screamed at top of his voice asking someone to bring the Le Su-sufile!
‘To kick start the bakery, I had brought Hamid, an able assistant, a wonderful fellow from Calcutta, with explicit instructions that under no circumstances was he ever to say ‘No’ to anyone. I reminded him that the customer is always right!’
That worked well. Well! Almost. Until a man walked up to the counter asking for a ‘Jenny Peeza.’
‘What’s that?’ Wondered Hamid, with not a clue what the man was looking for. He looked me up; he looked me down, turning sideways to sort that one out.
Then like a man possessed, he ducked under the counter, Hamid picked up a pizza, carefully picked up the onions; carefully picked up the garlic and in a flash grated cheese into the dents. This he shoved into the oven and hey presto! There you were – a perfect ‘Jaini – pizza’ (without onions and garlic) was on its way.
On another occasion, a prospective customer peered through the glass-fronted showcase, shook his head in disbelief and moved on. Then came his Eureka moment. He turned around, pointed at a doughnut and said: ‘Accha yeh chaaklete- vada hai!’ (Okay! That’s a chocolate vada!)
Soon after, Andy ran for cover. Maybe he knew that the New Age Tsunami, with its couldn’t-care-less attitude was around the corner and Le Suisse was sold.