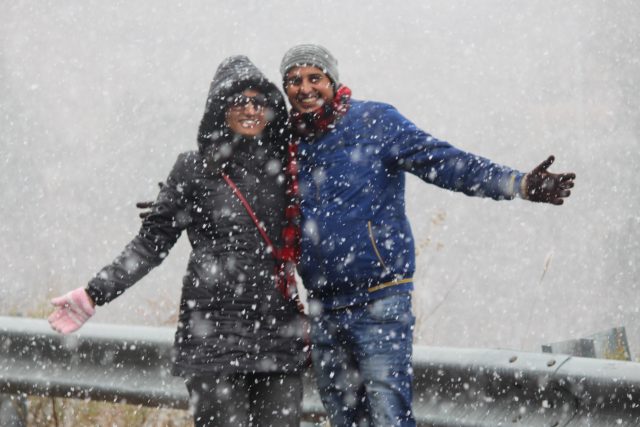 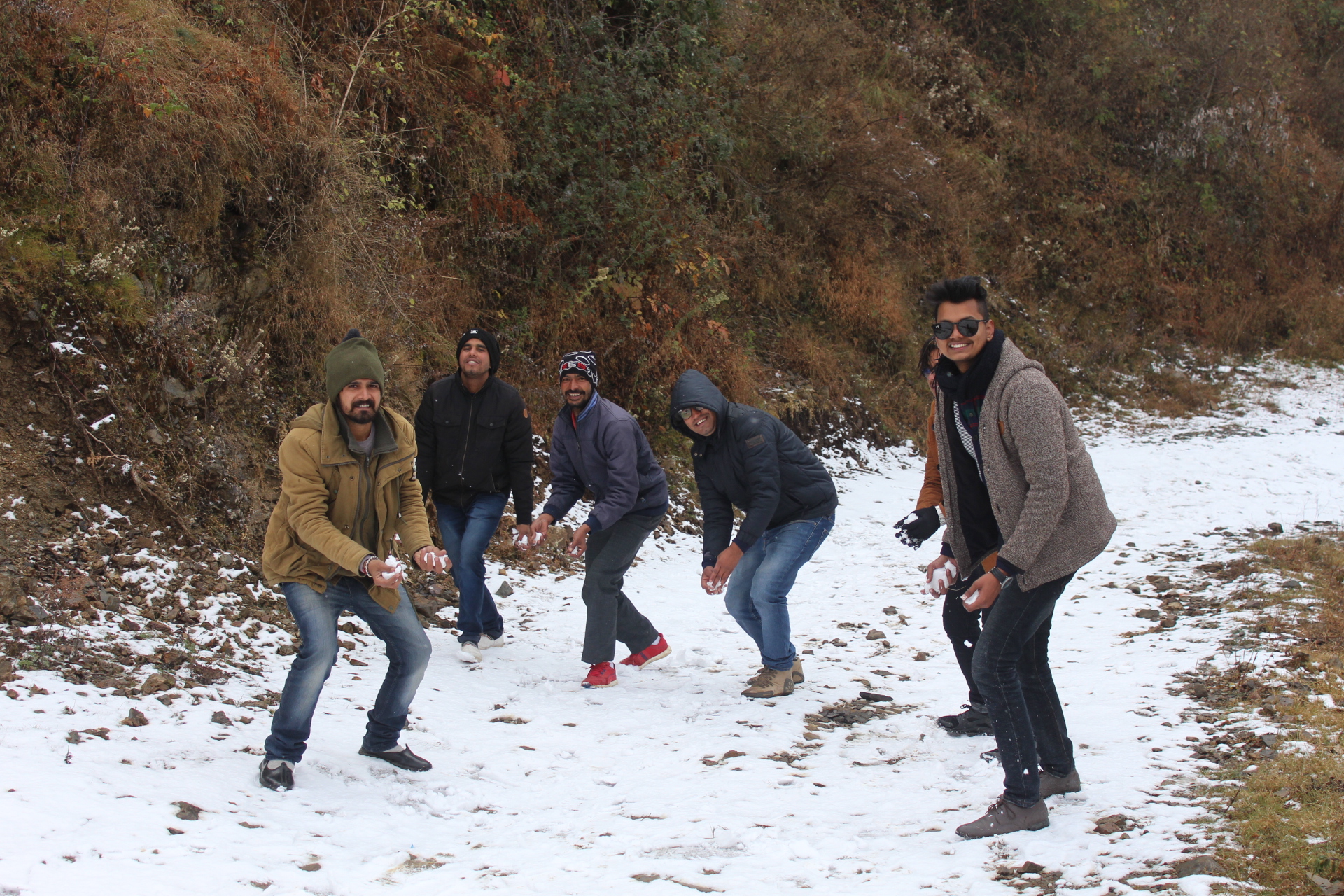 MUSSOORIE, 12 Dec: The residents of Mussoorie were greeted by inclement weather with first light snowfall due to western disturbance active in the region on Wednesday. The weather became extremely chilly and the town experienced fresh snow showers for a few hours, due to which the temperature dipped considerably.
The snow-covered mountains near the Mussoorie presented a mesmerizing view to the delight of the tourists. The local residents of Mussoorie were delighted with the snowfall as now they expect tourists from nearby areas to flock to Mussoorie and nearby areas. Meanwhile snowfall related problems were faced by the students and officials and the labor and poor people were seen battling chilly conditions. A labourer Lakhan Singh lamented the fact that no bonfire arrangement was done by the Mussoorie Municipal Council Administration at the main squares of the town due to which many workers etc were facing problems.
He urged the MMC administration to arrange bonfires at various locations in the town, especially during evening time.
The tourists were happy seeing the snowfall as they were seen enjoying at various locations. Meanwhile problems were faced by the poor and labour class people due to the dip in the temperature in town. The chilly conditions forced people to take out their woolens and enjoy bonfires.