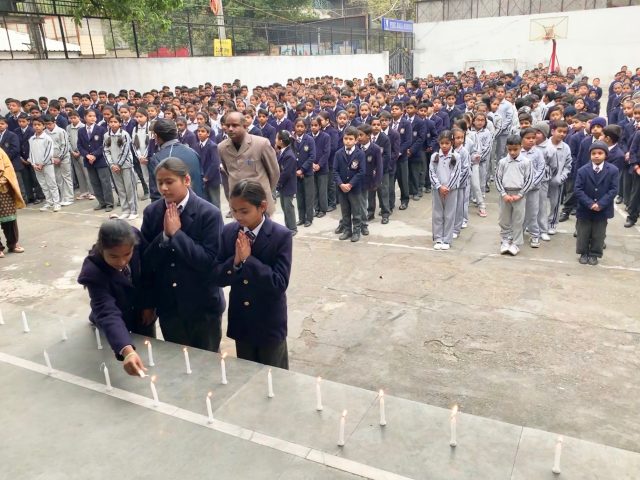 By OUR STAFF REPORTER
DEHRADUN, 20 Feb: Pine Hall School observed two minutes of silence for Major Vibhuti Shankar Dhoundiyal and other soldiers who sacrificed their lives for the country in Kashmir during an encounter with terrorists.
Director Anurag Anand, teachers and students lit candles to express their grief and respect for the brave hearted soldiers. A special prayer meeting was held in their remembrance and honour on Wednesday.
Major Vibhuti passed ISC (12) from Pine Hall School in 2002. Martyr Vibhuti Shankar Dhoundiyal made the supreme sacrifice in the service of the nation and made the nation proud.
Director Anand said, “My deepest condolences are with the families of our soldiers who have lost their lives for the country.”