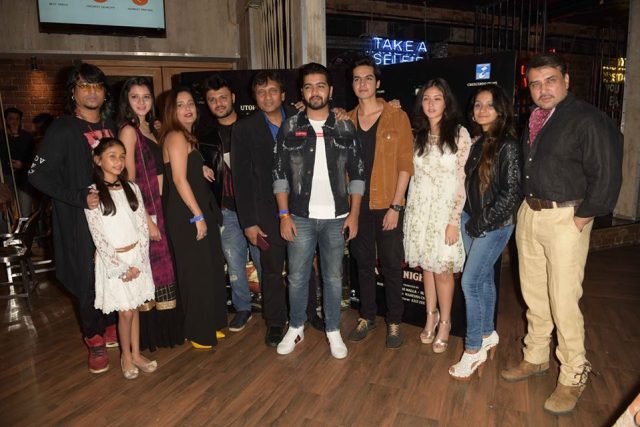 Dehradun, 3 May: Over a 100 distinguished guests attended the premiere of the movie, ‘1978 – A Teen Night Out’ at a local mall, today. The premiere marks the national release of the movie co-produced by Doon based Kunal Shamshere Malla. There was a house full attendance at the premiere of the horror thriller. His production house, KSM Productions, is a Doon based enterprise and has released its first ever movie on screens nationwide.
Speaking about the movie, he revealed, “The movie is a supernatural, terrifying suspense story based on a group of teenagers. The film revolves around 7 teenagers trapped in a haunted house.”
The movie is the first of its kind to be premiered in Doon.
Besides others, Maliha Malla from Doon has also acted in the movie as well as sung a few songs.
The other members of the cast are Yash, Apurva, Gaurav, Vaishnavi, Rishabh, Muskaan, Soniya and Rohit, etc.
Kunal Shameshere Malla introduced the movie beforehand and received generous praise after the movie.
The movie has been released in Silver City Mall and Carnival City, Junction Mall.
It has been directed by Aziz Zee and produced by Kunal Malla and Suresh Thomas, jointly.