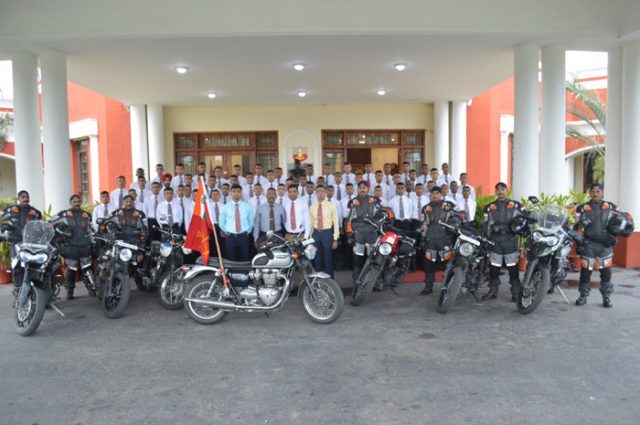 Dehradun, July 9 (IANS) The Indian Army has organised a Himalayan bike expedition to commemorate Kargil Diwas in Uttarakhand. The 13th Battalion of the Jammu and Kashmir Rifles (JAKRIF), who actively participated in the 1999 war, has organised the expedition from Mana, the last border village in Uttarakhand, to Kargil in Jammu and Kashmir. The expedition, which was flagged off on July 6 from Mana, would culminate in Kargil on July 26 on Kargil Vijay Diwas. The expedition reached the Indian Military Academy (IMA) in Dehradun on Tuesday morning. The 22-member expedition was led by Major Ritwick Singh. The team members interacted with the gentlemen cadets and top officers of the IMA including Deputy Commandant, Maj Gen GS Rawat. “This expedition will motivate future leaders of the army showcasing ethos of the armed forces and inspiring younger generation on sacrifices made by army officers such as Capt Vikram Batra, who underwent training at the IMA,” said IMA spokesman Lt Col Shivendra Singh. Maj Gen Rawat appreciated the expedition for their efforts and its cause. On July 26, the Indian Army will mark the 20th anniversary of ‘Operation Vijay’ to commemorate its victory during the Kargil War against intruding Pakistani troops who had occupied the icy heights in 1999. The nearly three-month-long Kargil War ended on July 26, 1999 after Pakistani irregulars and troops, mostly drawn from its Northern Light Infantry, were pushed back and the peaks in Kargil, Drass and Batalik were recaptured by the Indian Army.