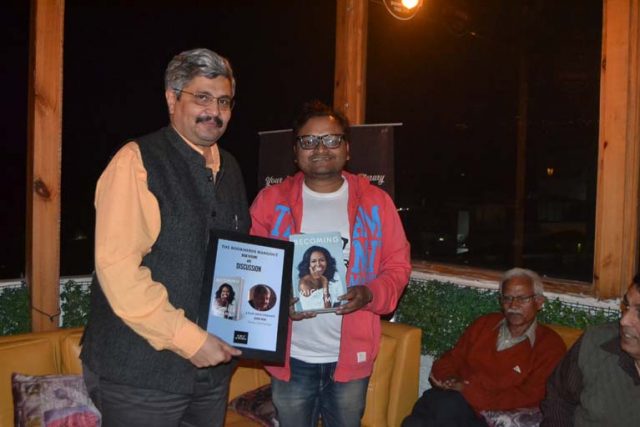 Dehradun, 19 Nov: When Indians gather to talk about politics, the discussions are bound to be vibrant. The Booknerds Hangout on Sunday was even more special due to the municipal elections in the state. The book on the table for the nerds to discuss was Becoming by the former First Lady of America, Michelle Obama. The book is a memoir by the First Lady, a story of her journey from a small town of Chicago to becoming the first African American First Lady. She has written about growing up in a black neighborhood, her marriage, and life in the White House.

The lead discussant for the evening was senior civil servant Ashish Joshi. The session began with a warm introduction by Co-Founder, The Booknerds, Rohan Raj. He talked about the book and the role played by Michelle Obama in the United States. Also, how the US had transcended from the Obama era to the Trump era. How has the transformation been so far and how international politics had been shaped by him in his presidency.

Coming back to the book, Ashish Joshi talked about Michelle’s inspiring story and what all he liked about it. While reading in between passages from the book he described the various aspects of her life detailed in the book. Further, he talked about how unprecedented and unique she was as the First Lady and why.

Rohan mentioned how former first lady Michelle Obama blasts President Donald Trump in her new book, writing how she reacted in shock the night she learned he would replace her husband in the Oval Office and tried to “block it all out”. She also denounces Trump’s “birther” campaign questioning her husband’s citizenship, calling it bigoted and dangerous, “deliberately meant to stir up the wingnuts and kooks”.

Ending the discussion with a question and answer episode, the session moved on towards an interesting and interactive activity organised by The Booknerds, titled The Political Standoff which involved the attendees play role players depicting a political personality engaged in an argument with another attendee for three minutes. As the activity began various political issues from population to Pakistan were talked about. Some players like Kapil Rawat stood out with convincing and clever acts. He was awarded a gift hamper by the Booknerds and Ashish Joshi was presented with a memento by Co-Founder Neha Raj. With this, another engaging Sunday session came to an end. The next event is going to be the book launch Ek Samay Ki Baat Hai by Hema Pandey aka Hansa on 6 December.