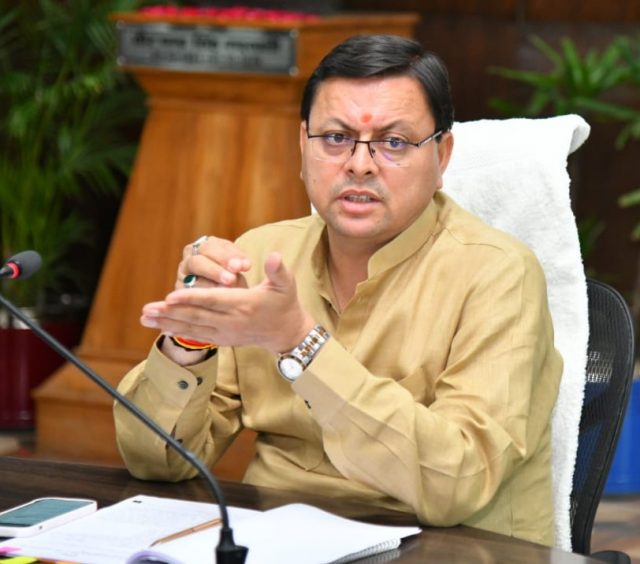 DEHRADUN, 21 Jun: Under the chairmanship of Chief Minister Pushkar Singh Dhami, the 17th meeting of the Uttarakhand State Wildlife Board was organised in the Veer Chandra Singh Garhwali Auditorium of Vishwakarma Bhawan at the Secretariat here. Expressing displeasure at a meeting of the board not being held for a long time, the Chief Minister said that it ought to be organised regularly.

He asked the officers to work on the mantra of simplification, solution and disposal. He reminded them that Prime Minister Narendra Modi has brought a new work culture in the country. The work culture in the state had to be improved in the greater public interest.

As soon as the meeting began, the CM asked the officers to go straight to the agenda instead of going through the formalities related to welcome and introduction in order to allow more time to discuss the agenda. He said that mere discussion is not enough but efforts ought to be made towards finding solutions to the problems and issues.

He said that priority had to be given on preventing human-wildlife conflict in the state. In particular, technology ought to be used as much as possible to save agriculture from monkeys and wild animals. More fruit trees should be planted especially on Harela festival. The Harela festival should not be limited just to the forest department but made a festival of the people.

He said that, after approval at the state level, whatever proposals go to the central level, their continuous follow-up should be ensured for early approval by the Centre. If needed, a special officer ought to be appointed to pursue the issues at the Centre.

Discussions were held on forest land transfer of various cases including ropeway from Sonprayag to Kedarnath Dham, Govindghat to Hemkund Sahib. It was also decided that a Centre of Excellence in Human-Wildlife Conflict Mitigation and a Centre of Excellence in Wildlife Health be established in the State. It was further decided that with the help of local communities, primary response teams would be formed, which would work towards forest and wildlife conservation as well as prevention of forest fires. Guidelines would be made regarding the behaviour of tourists in tiger reserves, protected areas and other tourist forest areas. The Chief Minister directed the officials to take the advice of all the stakeholders in this.

Garhwal Post has established itself as a credible, balanced and forward looking newspaper in India. Based in Uttarakhand, the daily is read by the aware, socially and culturally responsible, high-income elite of society.
Contact us: info@garhwalpost.in
dating bios for men best site to meet international friends