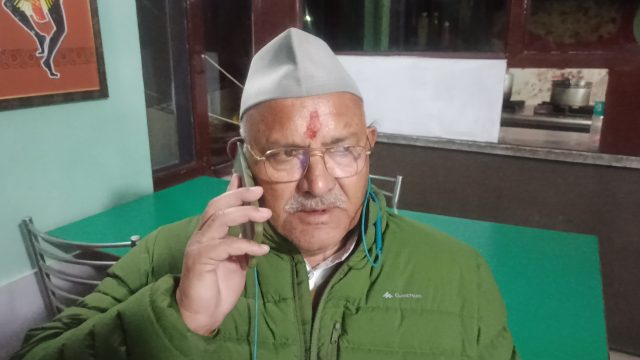 MUSSOORIE, 28 Nov: State Vice President of the Uttarakhand Congress Jot Singh Bisht, while talking to reporters here, today, said that the party would form with a full majority in 2022. He claimed that, in 2014, the Congress government under the leadership of former CM Harish Rawat had done many development works for the state such as handling the Kedarnath disaster, undertaking reconstruction work, and many development works. Along with promoting the food culture of Uttarakhand, the state’s products were positioned in the international market. He alleged that the BJP government was closing the schemes being run by the previous Congress Government. The BJP had completely misused power to protect the liquor, mining and land mafia. When the third corona wave is knocking, no preventive works were being undertaken. More than 700 farmers have been martyred in the recent protest. He demanded compensation for the family members of the ‘martyred’ farmers. Jot Singh Bisht added that the government would also have to bow down regarding the Devasthanam Board. He declared if the Board is not dissolved, the Congress would do so after winning the election.