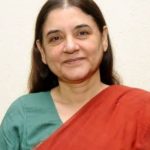 A month ago I received distress calls from people in Mumbai that the municipal commissioner had suddenly swooped down on a 20 year old feeding platform (chabutra) for pigeons, which was on the side of the road in Khar, had covered it with plastic sheets and posted police people so that no one could feed the birds. The pigeons left inside died of starvation as they were not allowed out. The pigeons outside, who had been fed for years, had nowhere else to go so they stayed on the road waiting to be fed. Hundreds were run over by cars. Anyone who tried to feed them was made to sit in a police station. In the meantime, the municipal commissioner had several completely untrue articles published in the local papers about how dangerous pigeons are to human health.

I talked to the commissioner and this is the reason he gave me for this unnecessary and murderous act: Pigeons lay eggs. The eggs are eaten by crows. We don’t want crows. So, if we get rid of pigeons, the crows will leave.

I have rarely heard such complete nonsense. There is no scientific proof of any link between pigeon eggs and crow breeding. Crows are scavengers. They will continue to breed as long as humans generate filth.

We need to know why pigeons are in the cities. Thousands of people feed them – in Delhi there are designated feeding areas and people come in scooters and cars to throw feed. My hospital has over a thousand pigeons that have been hurt by cats, dogs and cars.

There are no pigeons in the wild any more.
How did they become city creatures like dogs and cats?
The pigeon we know today is a descendant of the Rock Dove (Columbia Livia) which prefers rocky coastal cliffs to cities. As far back as 10,000 years ago records show that people in Mesopotamia (now Iraq) and Egypt began coxing them with food and encouraging them to feed and breed near human dwellings. These birds were then caught and eaten. People started breeding them like chickens to eat. And the breeding and domestication led to the subspecies in our cities today.

Over time, people stopped eating them and started breeding them as a hobby. Pigeons were transported all over the world by ship to feed the pigeon breeding hobby. Obviously, many escaped and began to breed freely in the cities. They had been bred over time to be comfortable with humans and so they took up nesting on building ledges, window sills: anything that looked like a cliff edge.

People realised that pigeons had a talent for navigation, and sailors used them to point lost ships towards land. They became valuable as airborne messengers and even armies started using them. Pigeon posts were recognised all over the world. Genghis Khan used pigeons as daily messengers both to enemies and allies. They were used widely in both World Wars. America alone used 200,000 in the Second World War. Medals for bravery were given to pigeons. The last messaging service using pigeons in the world was disbanded in 2006 by the police force in the state of Odisha!

By then pigeons had also adapted their appetites from berries, insects and seeds to anything that humans would feed them – from grain to ice cream and biscuits – and they became expert trash hunters. There is a lovely film on You Tube about a pigeon in Canada that steals a bag of chips from a shop every day!

Their breeding biology is good for the survival of their children: both parents rear their chicks on a diet of protein-and fat-rich milk produced in a throat pouch called the crop, instead of relying on insects, worms and seeds to keep their young alive. As long as they can eat, their babies will survive.

So, when other birds finally gave up the ability to survive in the harsh urban environment and died out, the pigeon survives. Along with the crow, it is the only bird that most city children will ever see. Children, who are allowed to feed them, remember the experience years later and how it shaped their personalities into becoming more humane people.

What is there to hate in pigeons? They are good looking with iridescent necks and so many colours. People, who have adopted injured pigeons who cannot fly any more, say that they are beloved members of the household. Charming, affectionate, sociable with individual personalities. When they live indoors, they keep themselves very clean and love bathing! They are easy to potty train. They are important to the cleanliness of a city. Crows are still too shy to walk around with people. But pigeons eat all the trash that we throw on the sidewalk, even the vomit. They are smart with complex social systems. I think that they think they are people too.

What is their importance? We need hawks, eagles, falcons and kites, and pigeons are a food for them.

Pigeon compost is considered the best of all manures. In early history perhaps the domestication of pigeons led to advances in the ability to grow the best possible crops. Pigeon faeces was so valuable that armed guards were hired to protect dovecotes from thieves. In the Middle East, where eating pigeon flesh was forbidden, dovecotes were built simply to provide manure for growing fruit and this practice continued for centuries. In France, Italy and Spain, guano was used extensively on hemp crops and for the fertilisation of vineyards. It is extremely nitrogen rich. There are ads on the net advertising pigeon manure which sells for twice the price of other manures. Their compost is unsurpassed for fertilising tomatoes, watermelon, eggplant, roses, and other plants that like a rich soil.

In Morocco, pigeons’ droppings are collected and sold to leather tanneries as when leather is soaked in pigeon faeces it becomes more supple. Moroccan leather is considered the best in the world.

Who hates them? The same people who drove out sparrows, wrens, warblers, blue jays, cardinals, egrets, and everything else. The same people who choose sterile joyless streets as a representation of “cleanliness” and “development” over human happiness.
And they make up these stories about disease spreading.
Do pigeons spread disease? No. If they did they would not have been eaten for centuries without a single case of disease reported. In the 19th century, the American government urged people to collect pigeons and eat them for protein.

Ironically, the pigeon is now wrongly perceived as a disease carrier as a result of commercial propaganda pumped out by the pest control industry, with America being the source of a majority of this misinformation – the same country that urges you to eat them.
Every country bureaucrat (never scientists) accuses the pigeon of spreading everything. The Mumbai Commissioner has accused them of tuberculosis. The Municipal Commissioner of New York spread stories about pigeons spreading meningitis. He had to apologise publicly.

The pest control industry pumps out propaganda suggesting that pigeons are disease carriers. In reality they pose little or no risk at all. I have a staff of people who look after diseased and sick pigeons. Not one person – and they work without gloves and face protectors – has ever fallen sick in the last 40 years.

• The Cincinnati Environment Advisory Council report: “The truth is that the vast majority of people are at little or no health risk from pigeons and probably have a greater chance of being struck by lightning than contracting a disease from pigeons.”

• Mike Everett, Royal Society for the Protection of Birds, in The Big Issue Magazine, February 2001: “There is no evidence to show that pigeons spread disease.”

• David Taylor BVMS FRCVS FZS: “In 50 years professional work as a veterinary surgeon I cannot recall one case of a zoonosis in a human that was related to pigeons.”

Many professions, such as those involved in veterinary medicine and wildlife rehabilitation, treat wild birds suffering from a variety of avian diseases on a daily basis. Those involved in the sport of racing pigeons also spend a great deal of time in dusty pigeon lofts that accommodate hundreds of pigeons. If the potential for the transmission of disease is so great, why is it that we do not see regular human fatalities in these professions and sports where close contact with birds, such as pigeons, is commonplace?

Four major studies done across the world in 1983/1993/ 1996 /2002 have confirmed that not only does the pigeon not carry any avian influenza, it is highly resistant to the disease, cannot be infected with it and cannot spread the disease.

How to reduce pigeon numbers in the city? The answer is very simple. Making pigeon chabutaras and designated feeding sites, and using pigeon lofts where eggs can be removed, has been proven to be successful in every city where it has been tried. If the Mumbai Municipal Commissioner wants to reduce pigeons, it can only be done by establishing chabutaras, not by removing them.