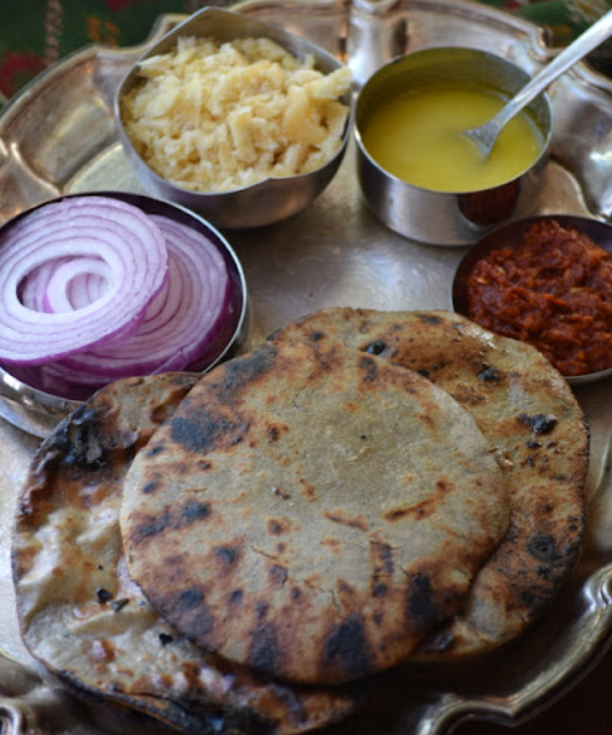 My favourite mode of travel is a car. Whenever it is possible – I travel by road because it gives me freedom to stop at places, catch a power nap, look at monuments off the beaten track, and eat at dhabhas! A dhabha is a roadside restaurant in the Indian subcontinent. You normally find them on highways, serving local cuisine. They normally churn out fresh dal, tandoori rotis, paranthas and almost always paneer dishes as basic food items. They look untidy and unhygienic and food is served on steel plates and “katorees” on a “charpoy” in the open. The charpoy has a wooden plank on which one keeps one’s food. Food is cooked in an open kitchen and served by men who rattle off the names of dishes at the speed of light, and who are not in uniform. During the summer months, you will find them in vests with a small and dirty duster – swishing off the flies and their sweat! The owner of the dhabha is visible, sitting at a strategic place and keeping a hawk’s eye on the proceedings of both the food production and its distribution. 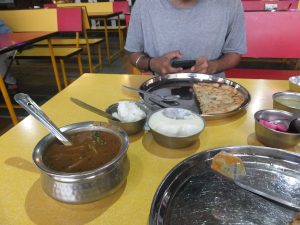 I have eaten in many high-end hotels around the world. I have eaten at the Bukhara, at the Ritz in Paris (where Hemingway ate and so did Princess Diana!), and at the Peninsular Hotel in Hong Kong (whose guests included Charlie Chaplin and Morgan Freeman among others). It also boasts of a fleet of Rolls Royce Phantom Taxis! I have dined at the Burj al Arab (Al Mahara Restaurant) … the list is quite long. More often than not – I was treated and did not have to pay! 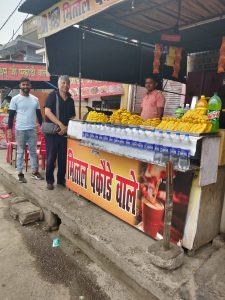 However, what I have written above is not an attempt to boast – but to bring out the real and apparent differences of eating food. The food in luxury hotelsis set in surreal spaces and served by men and women who are better dressed than the one who is being served. The cutlery is exotic and the food is garnished – decorated- in a way meant for the gods. For me – that’s where the difference ends between them and dhabhas! 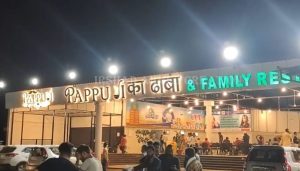 Some Indian dhabhas and roadside sweet and tea shops sell amazing food and snacks. The food served in them is more often than not more ethnic and tasty than the food you get in high end hotels. It’s impossible to name all of them, but my favorite dhabhas are on highways on which I have traveled frequently.

Last week, I traveled on the Dehradun-Jaipur Highway. Just after you descend to Mohand is a rather decrepit place called Biharigarh. It is a must-stop for anyone driving on the Dehradun/ Delhi /Jaipur Highway. It is not a new “star” highway destination. I have been stopping at its innumerable “pakora” shops since the 1960s. Those days, there were about 5 or 6 thatched huts that fronted as pakora shops. It is said that about 50 families settled in Biharigarh due to poverty and, to subsist, they started making pakoras next to the highway. They would flag down cars by offering them the pakoras. Over some time they gained a reputation for churning out hot, crisp and spicy pakoras. My father always stopped at Biharigarh and so does every member of my family. A new highway has pushed the dhabhas away from the road – but from a distance, you will be able to see a line of cars waiting for pakoras to be served to them. Even celebrities like actors and politicians stop for a bite – Sharmila Tagore and Saif Ali Khan being among them. They need not advertise their specialty.

Everyone is familiar with the dhabas at Murthal on the Delhi-Chandigarh Highway. It is difficult to choose which one to eat in. My favourite is Ahujas (no not Sukhdev). You have got to have his tandoori paranthas with white butter and dal fry. To top up the experience – have the cold kheer. He has never disappointed my palate and I have lost count of how many times I must have eaten at his dhabha. Similarly, Giani Ka Dhabha on the Shimla-Chandigarh Highway is legendary for both vegetarian and non-vegetarian food.

Another mind-blowing experience is eating “bajra na rotlas”(thick rotis made of bajra), dipped in desi ghee with kadhi -at Ramdev Dhabha on the Jaipur-Mt Abu Road. On the Delhi-Jaipur Road, the Khandelwal Dhabha is another excellent eatery – I have stopped for food after landing at it at an unearthly hour – the food is always piping hot and he splashes everything (including his tandoori rotis), with fresh “haraa dhania”. On the highway from Bhopal to Indore, a very good place to stop and eat is the very old Pappuji ka Dhabha. It is at Sonkatch, which is roughly the midway point between the two cities. The poha and jalebis are excellent and so are the hot gulab jamuns on a cold winter night!

It’s not just food – but the highways are famous for sweets as well. On the Lucknow – Varanasi Highway, you get perhaps the best pedas at Trivediganj. If you drive further, you will come across a place called Dhakuwa, which is famous for its “geeli burfi” (wet burfi). And, of course, the world-famous imartis of Beniram in Jaunpur – the sweetshop has been making imartis for 200 years.

I have written about a few of the eating places on highways on which I have traveled. There are hundreds of such eating places on Indian roads. One of the main reasons why I love India so much is that one can stop anywhere on the highways and have a meal, a cup of tea, and sweets. I find myself totally out of place in countries such as UAE, Canada or the US, where you struggle to have a meal or tea on the roadside.

Not everyone likes McDonald’s, Tim Horton’s, Burger King, or Starbucks.

I want my strong “cutting chai”, and “jalebis” when I drive which I get in the incredible dhabhas on Indian highways!