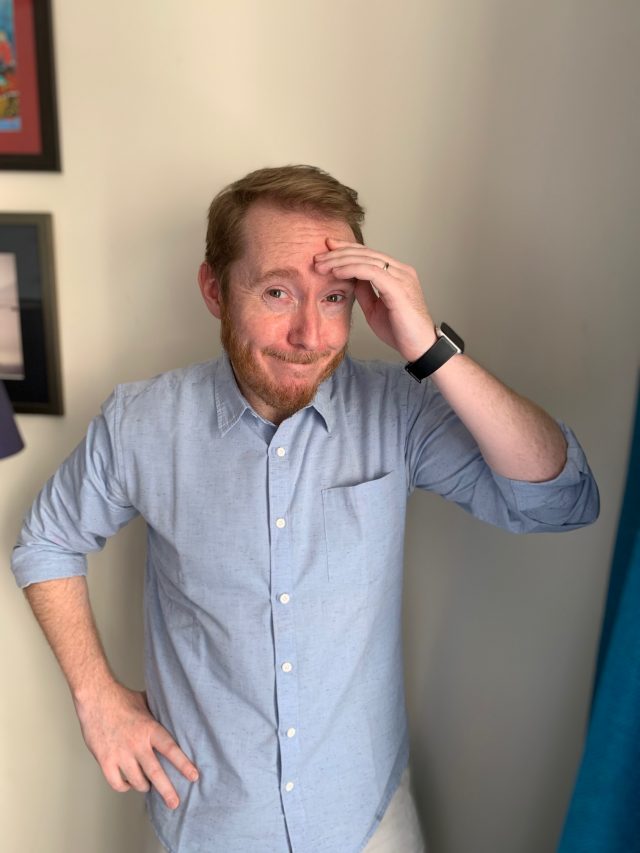 Have you had a random moment in life when it felt like you were in a sitcom? A feeling of being trapped in a somewhat surreal situation, where you’re watching yourself and marveling at the absurdity of it all? Or that your life is at times so funny you deserve your own camera crew?

About ten years ago, when I was living in Bangalore, I one day found myself in the unfamiliar role of being a translator between my building’s Nepali watchman-cum-supervisor and a foreign tenant with broken English and who didn’t speak Hindi.

One afternoon, while I was finishing up season two of It’s Always Sunny in Philadelphia after getting home from a 4 a.m. – 12 p.m. shift, the doorbell rang. It was Ramesh, who spoke decent Hindi but whose accent made it a little difficult to comprehend what he was saying; plus, he didn’t really open his mouth when he spoke. It was more of a mutter.

Ramesh was saying something about how he couldn’t communicate with the man below, who he said was Iranian. Ramesh said he was supposed to pay eight thousand rupees but wanted to bring it down to seven. I had to ask thrice to confirm just what he was paying for. It turned out it was for a motorcycle the Iranian tenant below was apparently selling. Then Ramesh asked me to translate between him and the Iranian.

I went down a floor and rang the doorbell. A thin, nearly bald man in utterly ill-fitting track pants – and I mean ill-fitting; like too tight in all the wrong areas – with a toddler clinging to his foot opened the door. The man was clearly confused at why the watchman had brought a white guy who hadn’t shaved for a week and desperately needed a haircut. Flustered, he asked us to come in but I politely declined.

I told him exactly what Ramesh asked me to; that he would give seven thousand now and the rest later. The guy looked at me like I’d just asked him the meaning of life. Ramesh, meanwhile, was looking at me expectantly.

We managed to get onthe same level soon enough, and I figured out that the motorcycle was not his, but his friend Musa’s and Musa was not in Bangalore. Ramesh wanted to know who had the paperwork. The Iranian said he did. Ramesh was apprehensive of signing off in front of a third party. The Iranian seemed keen to shut the door and smack his little kid, who had now started to hurl a tennis ball against the wall. Ramesh looked back and forth between the Iranian and me.

The Iranian then got onto his phone, spoke for a minute and then handed me the phone. I spoke to Musa, whose accent was thicker than the man in front of me. He wanted to know who the interested buyer is. I told him it’s the building supervisor. He told me to tell Ramesh that he wanted eight thousand rupees the next day.

I relayed this to Ramesh, who said he could give seven and a half thousand at the most, which was his final offer. He repeated that he was a poor man and that Musa kindly give him a concession. Musa, however, didn’t budge.

I handed the phone back to the Iranian. He and Musa spoke for a while longer.
“OK, that is settled. Thank you,” the guy told me.
I ask him what was settled. He gave me a blank stare. Next to me, Ramesh twitched. Behind the Iranian, I noticed that the toddler was about to eat the tennis ball.

The Iranian next said that Ramesh should decide what he wants and come back the next day. I told that to Ramesh, who looked puzzled and asked who had the paperwork. He murmured something about being worried that a third party wouldn’t suffice in completing the paperwork.

The Iranian assured Ramesh that he had all the paperwork, but that Ramesh must bring the money and “prepare the documents”. By now I was the most confused, and told Ramesh what the man has said. “Chuck it, something’s fishy with this Iranian,” came Ramesh’s reply with a shake of the head and suspicious look at the man standing in front of us.

I suppressed my laughter. The Iranian snapped at his kid. I thanked him for his time and Ramesh gave him half a smile. The Iranian shut the door.

Ramesh and I had an awkward moment, standing there, and then he thanked me and left. That was like a moment from the sitcom I was watching. I still think about it and chuckle.

(Jamie Alter is a sports write, journalist, author and actor).

Garhwal Post has established itself as a credible, balanced and forward looking newspaper in India. Based in Uttarakhand, the daily is read by the aware, socially and culturally responsible, high-income elite of society.
Contact us: info@garhwalpost.in
best latino dating app https://garhwalpost.in/dating-websites-free-for-women/ list of thai dating sites