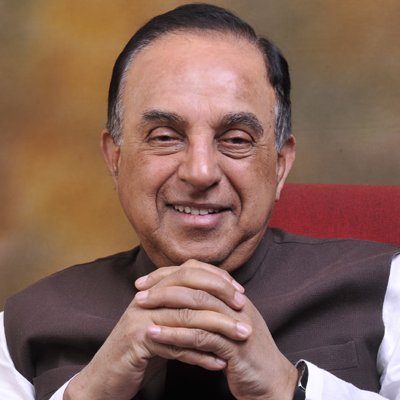 By Arun Pratap Singh
Dehradun, 19 Sep: After his case against the Uttarakhand Government’s takeover of Char Dham shrines, that include 51 temples in all, got dismissed by Uttarakhand High Court BJP leader Subramanian Swamy stated that he would challenge the decision in the Supreme Court. Finally, on Thursday, he filed a Special Leave Petition (SLP) in Supreme Court against the Uttarakhand High Court’s judgment ratifying the takeover of 51 temples by the State Government including the Kedarnath and Badrinath temples. Swamy in his SLP has again claimed that the temple takeover by the State through an Act – Char Dham Devasthanam Management Act, was blatantly unconstitutional. This was the chief argument that he had put forward in the High Court too. In the SLP, he has claimed that the temple takeover through the Act has violated Article 31 A(1)(b), Article 25 and 26 of the Indian Constitution. Article 31 provided that “no person shall be deprived of his property save by authority of law.” It also provides that compensation would be paid to a person whose property has been taken for public purposes. The provisions relating to the right to property were changed a number of times. Article 25 and 26 empower religious institutions and believers’ right to manage and conduct their religious affairs and institutions.
In July Uttarakhand High Court had held valid the Devasthanam Board Act  passed by Trivendra Singh Rawat Government, to take over the 51 temples. After filing the appeal in Supreme Court, Subramanian Swamy informed his supporters of this development vide a tweet. Swamy tweeted that he was happy to inform that he has filed a SLP against the Uttarakhand HC Order on the Government’s takeover of Kedarnath, Badrinath and around 50 other temples in the State and made CM  Chairman ot all these temples forever! These temples were previously managed by Char Dham Temple Committee.
It may also be recalled that the priests of the Char Dham shrines have strongly opposed the takeover of the temples and have even staged protests against the government move. Even the chief opposition party, the Congress has opposed the government’s takeover of the temples. In fact, several BJP leaders also privately oppose this takeover. However, the government had received a major moral boost when in July, the Uttarakhand High Court  dismissed the PIL filed by Swamy and upheld the takeover of the temples by the government!
In his SLP, Swamy has cited several previous judgements of the High Courts and the Supreme Court in support of his arguments. He has particularly referred to a previous case on Nataraja Temple judgement filed and won by him claiming that the government had no right to permanently claim ownership of any religious body. In the Supreme Court, Swamy argued that the High Court had not considered the apex court’s judgements against the temple takeovers by Government. According to Swamy, Supreme Court had in case of many judgements held that the Government couldn’t take over a temple for an unspecified time and any valid takeover could only be limited only to rectify the complaints on administration and mismanagement and ought to be returned back.
Swamy also pointed out that the “controversial “Act had made provision for the Chief Minister to be the head of the Board and if the Chief Minister was not a Hindu, the senior-most Hindu Minister had to be appointed  head of the Char Dham Devasthanam Management Board. He also claimed further that there were so many ‘invalid’ provisions of including MLAs and MPs in the Board and posting of IAS officer as Chief Executive Officer of the Board. The appeal pointed out that there were provisions which required the approval of the CEO in the appointment of priests of temples. Supreme Court is expected to list the appeal in next few days!