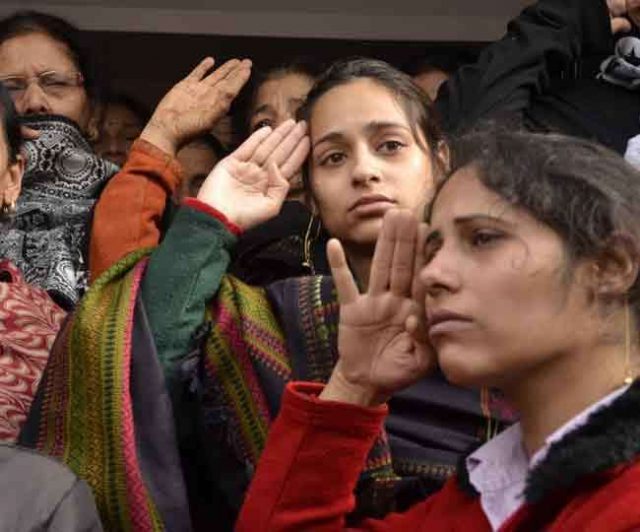 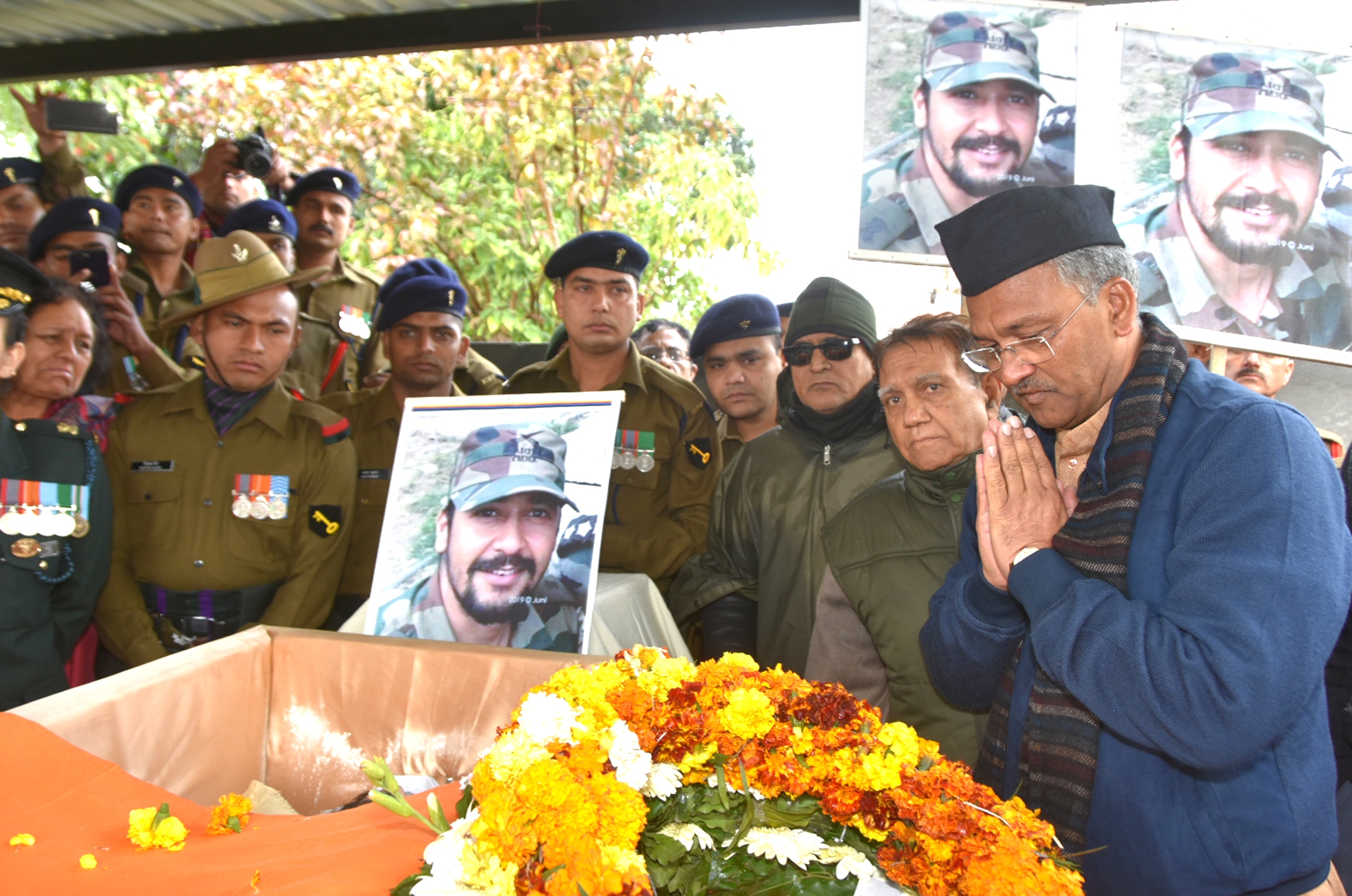 By OUR STAFF REPORTER
DEHRADUN, 19 Feb: The people of Doon turned out in large number to bid final farewell to the mortal remains of Major Vibhuti Shankar Dhaundiyal, here, today. They shared in the grief of his wife Nikita, mother, grandmother and sisters. Nikita saluted him and raised the cry of ‘Jai Hind’. She saw of the funeral procession.
She said on the occasion that there was much to learn from the nation’s martyrs. The same commitment and spirit of sacrifice needed to be displayed in every field of endeavour.
Among those present to pay their last respects were Chief Minister TS Rawat, several ministers and MLAs, senior officials of the Army and Administration, former CM Harish Rawat and former Speaker Govind Singh Kunjwal.
CM Rawat said the nation would always be indebted to the martyrs.
The final rites were conducted in Haridwar’s Kharkhari Ghat with full military honours. The torch was applied to the funeral pyre by the Major’s uncle, Jagdish Prasad.
Slogans were raised by the emotional crowd present on the occasion, such as ‘Bharat Mata ki Jai’, ‘Vandematram’, ‘Major Dhaundiyal Amar Rahein’, ‘Pakistan Murdabad’, etc. Also present were his father-in-law MK Kaul, brothers-in-law Manish Kaul and Sushant Kaul, aunt Kusum Saklani and Rekha Bahuguna.
Before this, the Commandant of Bengal Engineering Group and Centre Brigadier Raghu Srinivasan, Cabinet Minister Madan Kaushik, Mayor Anita Sharma, Mussoorie MLA Ganesh Joshi, CDO Vineet Tomar and others placed wreaths on the mortal remains.
There was a large turnout of people from Bhaniyawala and Lacchiwala at the cremation.
Earlier, Chief Minister TS Rawat visited the residence of the late Major on Dangwal Road in Doon and offered floral tribute. He offered his condolences to the bereaved family. He assured them that the people of the state stood solidly with them in their grief. He promised a job to a dependant of the Major in accordance with the educational qualifications.
Among those present were Cabinet Minister Arvind Pandey, MLAs Harbans Kapoor, Ganesh Joshi, Munna Singh Chauhan, Khajan Das, Pritam Singh, Mayor Sunil Uniyal ‘Gama’ and Army officials.
It may be recalled that Major Dhaundiyal was killed in the fierce encounter with terrorists that took place in Pulwama on Monday.